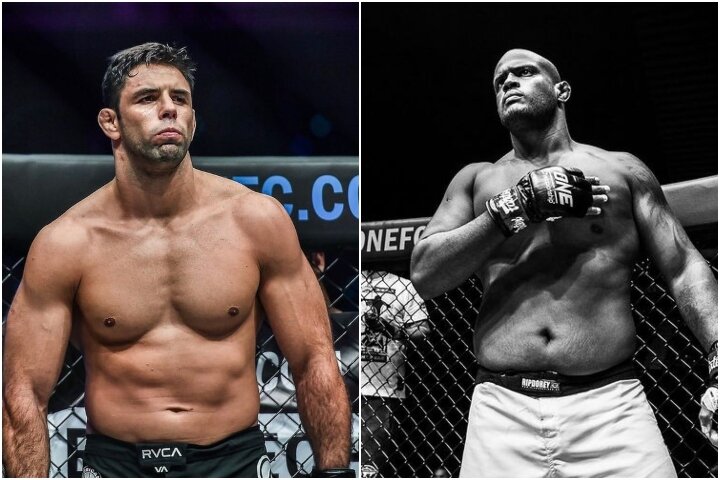 Marcus “Buchecha” Almeida, although relatively fresh in his MMA career, has been on a winning streak from the get-go. In his debut, Buchecha tapped out Anderson Silva with a choke from North-South; and then beat Kang Ji Won with a Rear Naked Choke in his second ONE Championship match.
Since that fight, Buchecha has been waiting for his third bout – and it seemed that he’d go against Oumar “Reug Reug” Kane on April 22… But the match was cancelled due to Kane’s injury.

Now, however, Buchecha was given a new opponent. As reported by the Bloody Elbow, It will be Hugo “Silverback” Cunha, who sports a 6-1 record and has an extremely versatile background in wrestling and in Brazilian Jiu-Jitsu.
The fight between the two will take place on May 20.

This is going to be an interesting match-up for Buchecha, as Cunha is a great grappler – he is a BJJ black belt and a former member of the Brazilian National Wrestling team. He has also been a professional MMA fighter since late 2017; with all of his 6 professional wins coming via finish, with three submissions and three TKO’s.
It will be fascinating to see these two high-level grapplers go at it on May 20. And it’s quite likely that this will be Buchecha’s biggest test so far.