Marcus ‘Buchecha’ Almeida: “I Was Training And Crying Every Single Day” 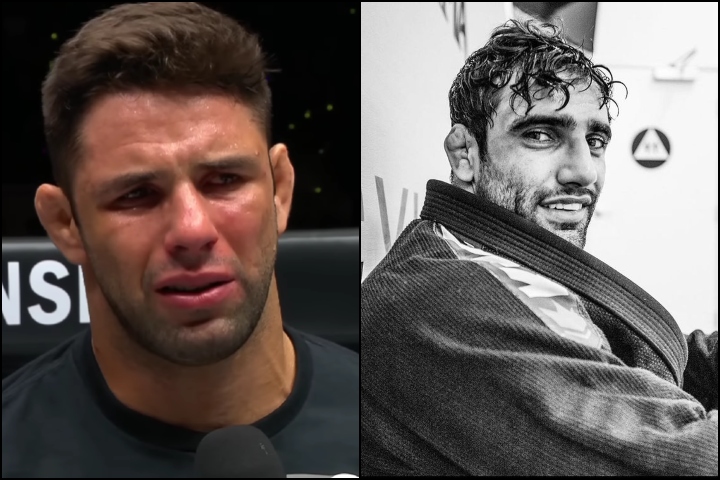 Marcus “Buchecha” Almeida has secured yet another ONE Championship win last Friday, when he submitted the former interim title challenger Kirill Grishenko via Heel Hook – in just 64 seconds. With this win, Buchecha came one step closer to the heavyweight title shot.

However, Buchecha wasn’t his usual self after the win. He was extremely saddened and shed tears for his longtime friend, Leandro Lo, who was killed earlier this month.
Marcus spoke about what Lo meant to him. He revealed why he didn’t pull out of the fight, even though he wanted to:

These last three weeks was the hardest time of my life. I lost one of my best friends. The guy was a brother to me. Lost in a tragic way.
First thing, I was trying to pull out of the fight. But for sure, he’s up there, he’s in the sky. If I pulled out he would be really mad at me. He would be mad at me because I’m giving up my dreams, my life, because of him.

I know now he’s up there celebrating… Celebrating my victory.

The last weeks of training were immensely difficult for the legendary BJJ champion:

I didn’t even know how I did it, to keep these three weeks training… I was training and crying every single day.
He always told me: “Life is now.” So I just want to think about today. I don’t think about tomorrow. He taught us that it might never come.