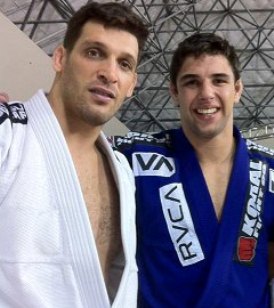 Marcio Cruz ‘Pe de Pano’ is one of the most accomplished BJJ players in History. He was one of the leaders of the Gracie Barra competition team in the early 2000’s, where he was a 2 time World Champion at absolute black belt. Over the past few years, he put BJJ aside and focused on MMA, where h even fought in the UFC against Frank Mir among others.

In an interview with BJJ legends, the former UFC fighter and BJJ World champion says: “When I went into MMA I lost my BJJ. In MMA when someone has you in side control you push away, in BJJ you don’t, you have more options. I believe you’re not going to be good without the gi.”

Pe de Pano, competed last year at the worlds were he took third place. He won’t be competing at this year’s worlds as he focusing on growing his Florida BJJ academy, and will be coaching his students.