Marcelo Garcia Will Not Compete @ ADCC 2013 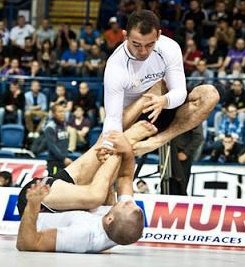 The big news is that Marcelo Garcia will be not be defending his title at ADCC title this year:

Source ADcombat: “For the first time since 2003 ADCC will not have their top champion as it has just been confirmed by ADCC President Guy Neivens, that multiple times winner Marcelo Garcia will not be competing in ADCC 2013. The four times World ADCC champion at the U76KG category will skip this year as he directs his attention to other business pursuits. Marcelo informed Guy that he is not retiring but this year he has to pass on the competition.

Garcia leaves a big gap in the division as he has won it 4 times and placed 2nd once in the 5 editions he participated. We all understand his focus is different and realistically he has nothing to prove by winning another title, however we all would welcome him back to the ADCC mats whenever he shows up to compete”