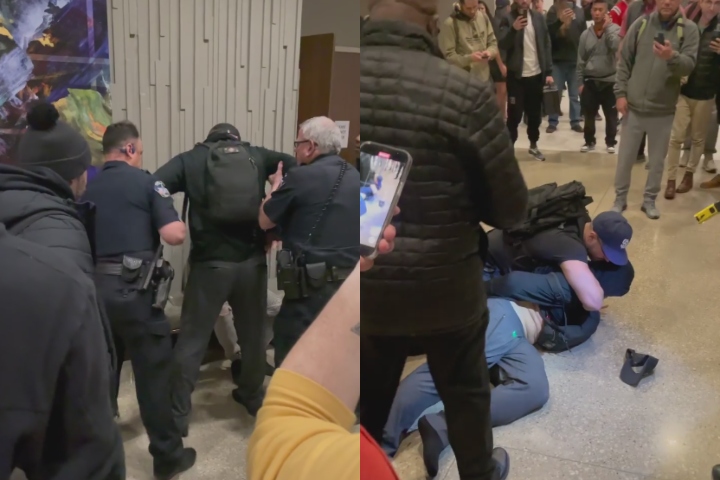 Selling fake merchandise is generally a bad idea… But it’s an even worse idea when you get handcuffed and then decide to flee from the police; only to get caught by a Brazilian Jiu-Jitsu blue belt! Which is what happened on the video below.

The incident took place at the currently ongoing Dallas Card Show, geared towards individuals who share their love for having and selling rare and unique cards. What allegedly happened was that a suspect was caught selling fake Michael Jordan and other cards to unsuspecting buyers. So, the police came to a forefront and tried to apprehend him.
However, he was resisting, and before the police managed to get him handcuffed… He decided to run for it!

Nevertheless, he didn’t make it far. He was stopped and then put in a Rear Naked Choke by (according to a Reddit post) a BJJ blue belt. The alleged Jiu-Jitsu practitioner kept his RNC in place until the police managed to handcuff and obtain full control over the suspect.
After that, the “fake card seller” was escorted out by the officers; as well as booed out by other people who were a part of the Card Show.

You may watch the full video below: