Mackenzie Dern: “Charles Oliveira Has The Best Jiu-Jitsu in MMA” 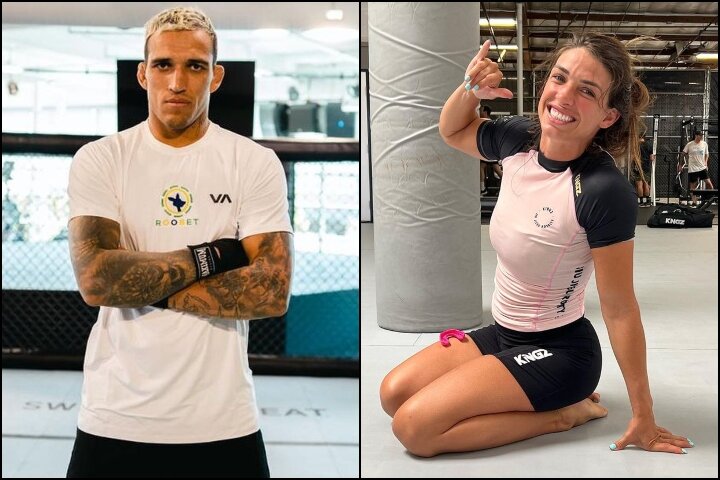 Mackenzie Dern is a UFC strawweight athlete and a multiple time BJJ world champion. So, it’s safe to say that she has a lot of knowledge when it comes to utilizing Jiu-Jitsu for mixed martial arts.

When she was asked on “Fighter vs. Writer” who she thinks has the best BJJ in the UFC, Dern didn’t hesitate to say it’s Charles Oliveira:

In my opinion the best jiu-jitsu in the UFC is Charles “Do Bronx”… Because of his Jiu-Jitsu in MMA.

She also mentioned that Gilbert Burns has the highest level of BJJ in MMA… But that Oliveira still has the best BJJ for MMA:

The best jiu-jitsu athlete that is in UFC now, that’s hard – but “Durinho” Gilbert Burns for sure.

His Jiu-Jitsu game, when we were in the Jiu-Jitsu world, people stopped to watch him fight.
World champion, ADCC, crazy – and he’s able to do that in MMA. A Jiu-Jitsu guy striking, he goes in, he’s not scared of getting punched and he has his takedowns and everything.

I think the most high-level Jiu-Jitsu guy in MMA now is Durinho. But the best Jiu-Jitsu for MMA, [it’s] Charles “Do Bronx”.