Luke Rockhold’s Advice for Young Fighters: “Get A Manager That Doesn’t Work For The Fuc*ing UFC” 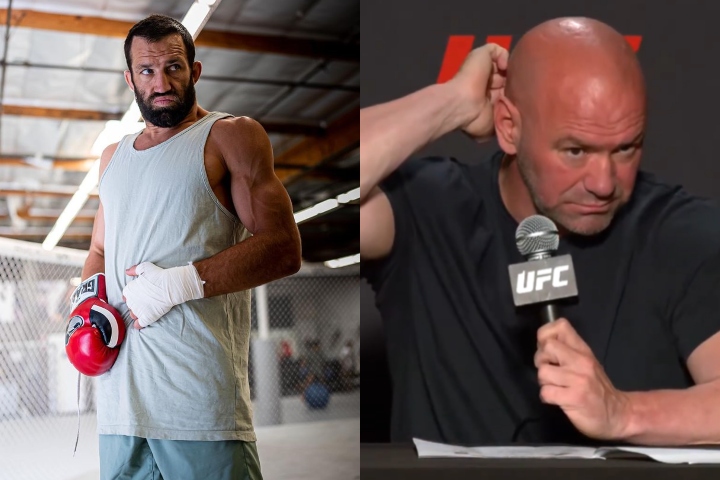 Luke Rockhold, UFC’s former middleweight champion and a BJJ black belt (under Leandro Vieira and Dave Camarillo) has had harsh words of advice for young fighters in his post-UFC 278 appearance on the MMA Hour:

Get a manager that’s not connected to the game, that’s not part of the fuc*ing system. There are fuc*ing few managers that work for the UFC. We all know who you are. You’re fuc*ing the sport up. And the kids that follow them, you’re all fuc*ing it up.

Luke stressed the importance of having a manager who knows how to “play hard ball” with companies such as the UFC:

And when you have managers that work for the fuc*ing UFC, they ain’t going to stand up for you when you fuc*ing want that worth.
When you want that fuc*ing paycheck, when it really comes down to it and you don’t want just your win – get your fuc*ing worth.

It’s unclear what Rockhold will do in the future, given that he has retired from MMA after his UFC 278 match. But he keeps training nevertheless.
What’s more, he actually trains with Khabib Nurmagomedov on a regular basis. Here’s a video that depicts two athletes grappling: