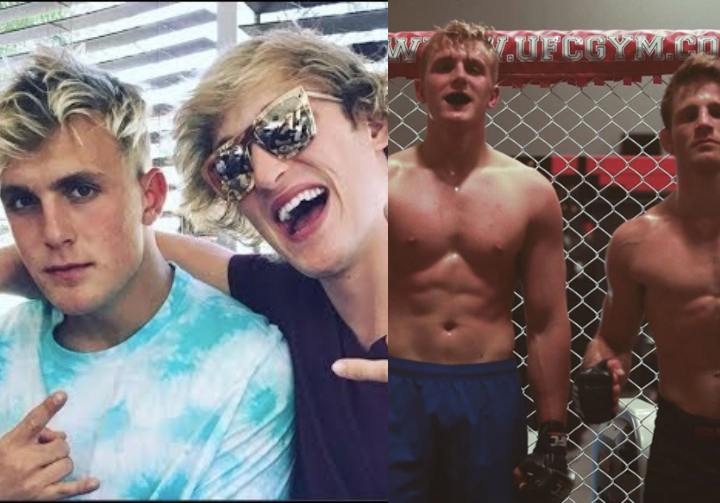 The older brother, Jake Paul ran into some trouble early this year after he posted a youtube video of himself touring the infamous Aokigahara woods in Japan which included him running into a dead body. After being blasted all over social media, Logan later had to apologize.

The brothers grew up in Ohio where the sport of Wrestling is king. They both wrestled intensively in high school.Logan Paul qualified for the state-level Ohio High School Athletic Association (OHSAA) 2013 Division I Wrestling Individual Championships.

Read more about their wrestling background:

We will see the two face off in 2 amateur boxing matches, with the first one at Manchester Arena, UK on 25 August, and the second in the US.

KSI announced it as: “August 25th 2018, this will be the biggest amateur boxing fight ever.”

Logan Paul says he’s dead serious about a combat sports career after his fight with KSI in 3 weeks — and has a message for Dana White … BRING ON CM PUNK!

Jake Paul had acted in a video where he had a fake MMA fight with AJ Agazarm.

Jake Paul in his own words:

Some dream Some wonder Some hide And Some HANDLE it Props for handlin’ it, @jakepaul