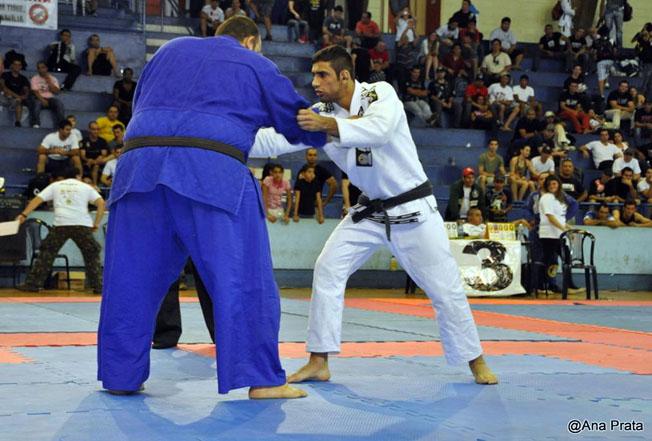 Since the first edition of Copa Podio, Leandro Lo has had his arm raised 21 times by event referees.

The São Paulo native fighting out of Cícero Costha’s team, and who is as yet unbeaten in the competition, now faces his biggest challenge to date: taking on Rodolfo Vieira, Leo Nogueira, Alexandre Souza and 7 other giants for the maximum title of the night in the Heavyweight Grand Prix.

Could this be the end of Leandro Lo’s invincibility in Copa Podio?

In 2014, besides the closing event for the second season, set for February 1, and two regular events, Copa Podio organizers have included yet another spectacular showdown to the third season schedule.

The newest edition is the first event of the third season, a Team Grand Prix that will qualify 6 fighters – 2 from each category – to participate in the traditional GPs made up of 10 warriors, scheduled for May and September of 2014.

The new event will bring together 3 teams led by the current champions, Leandro Lo, Felipe Preguiça and Rodolfo Vieira, in an electrifying Grand Prix based on points, with a submission worth 4, a win worth 3 and a tie worth 1 point.

Lo, Preguiça and Rodolfo will choose the 5 members of their teams from among those who classify in a pre-selection event that will take place one day prior to the Team GP, while personally selecting the 6th and final member to compose their teams, with this person automatically classifying.

The event will be held on March 22 and 23, 2014, at the Iate Clube Jardim Guanabara Gymnasium, in Rio de Janeiro.