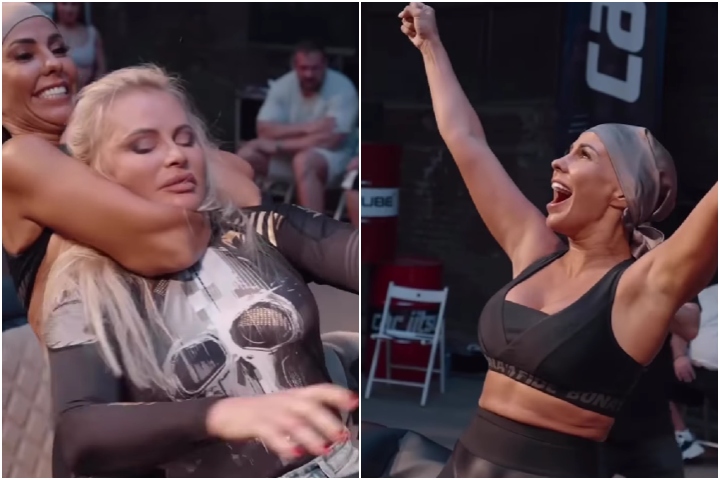 For every martial art, there are at least a couple of variations of the sport… That are, in one way or another, weird and have bizarre rulesets.
In the case of BJJ, one of its weirdest “versions” is Car Jiu-Jitsu (or Car-Jitsu).

In Car-Jitsu, athletes compete against each other under a quasi-grappling ruleset, but – as you might’ve guessed – in a car. They start from a seatbelted position and proceed from there.
And, just when you might’ve thought that Car Jiu-Jitsu couldn’t get any crazier, the Russian organization “Punch Club” took it one step further. This time, the promotion featured a Car-Jitsu match between two competitors who are apparently adult movie stars.