KSW 74: Fighter Dislocates Opponent’s Elbow with Scarf Hold Armbar – Has To Point It Out To The Referee 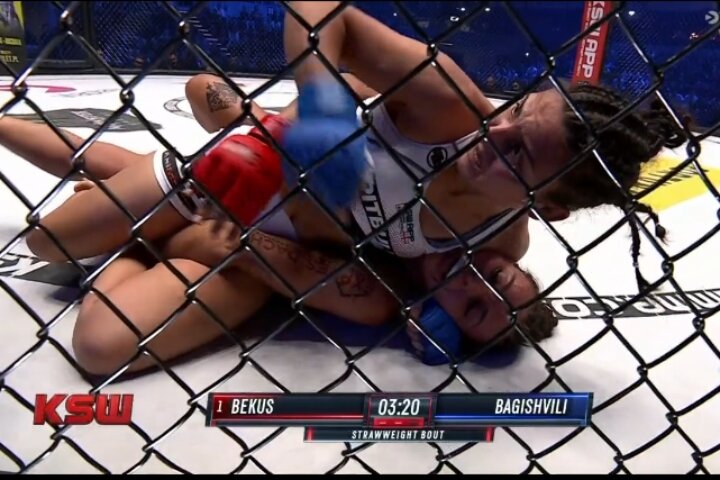 Having good referees is a must for every martial art competition. For, the referee is the one with the authority to stop the match at any point – so they have to be able to recognize if something’s wrong.
Well, this one referee at the KSW 74 event seems to not have been capable of doing that.

It was a fight between Sofiia Bagishvili and Anita Bekus. Bekus was quick to take top position in the first round, which she established after her opponent’s failed Armbar attempt; delivering strike after strike against Bagishvili.
In the second round, however, it was Bagishvili who took the initiative. After some strikes were exchanged, the two ended up in a clinch – with Bagishvili taking her opponent down with a Scarf Hold in place, isolating her opponent’s arm.

Bakus tried to reverse position, but wasn’t able to – so Bagishvili continued applying pressure to the arm. Then, at one point, it became apparent that her opponent’s elbow was dislocated by the hold.
Bagishvili started pointing that out to the referee, who seemingly decided to ignore the fighter’s gestures. So, she continued punching her opponent… Until the referee finally came to understand that Bekus’ arm was injured and stopped the match.

The KSW 74 post-fight interview (in Polish) can be seen on the video below: