Kron Gracie On His Loss To Cub Swanson: ‘I Won That Fight’ 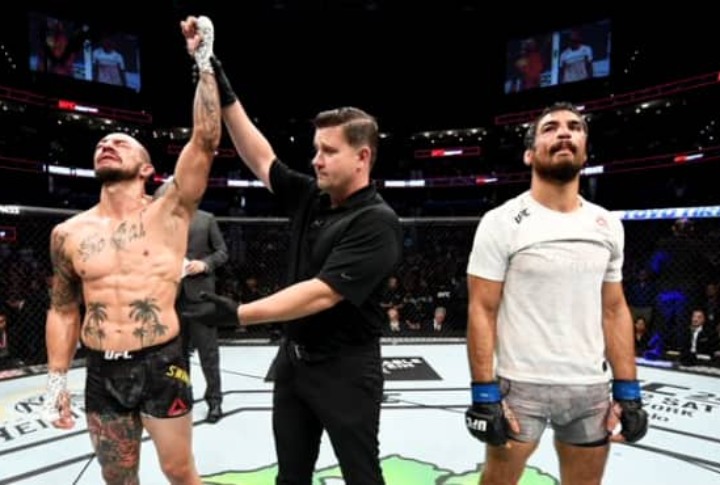 You know the old saying “Show me a good loser and I’ll show you a loser”, well Kron Gracie showed that in his reaction to his loss to Cub Swanson last night.

Kron Gracie’s only reaction so far has been to post this picture on his Instagram Story, with the Caption:

I won that fight. 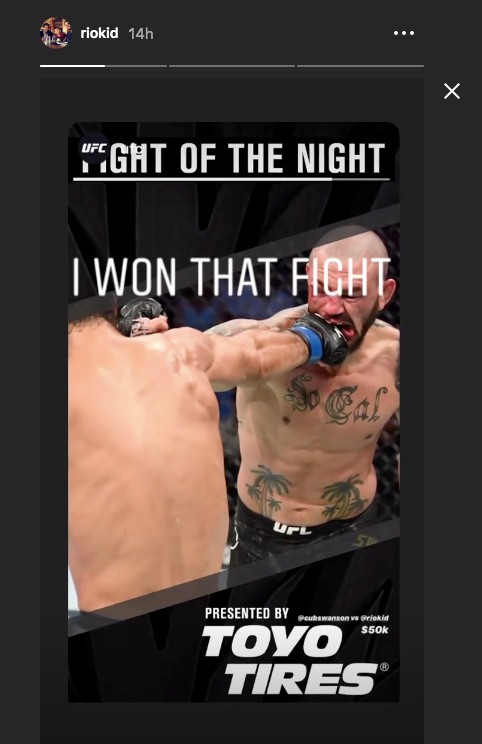 Despite that, Swanson has no issue with Gracie, but he has issues with BJJ politics:

“I told him I respected him I respect him a lot. I know growing up, he’s probably had big shoes to fill. My beef wasn’t with him, per se – it was the politics of jiu-jitsu, and they can just decide to out someone, you know? I’m just not a fan of that kind of bully style. But I just wanted him to know that it’s not something that he did personally. When you go three rounds with someone like that, you say, ‘Hey man, keep your head up. I’ve got 30-something fights – you’re gonna come back stronger.’ He’s a warrior.”