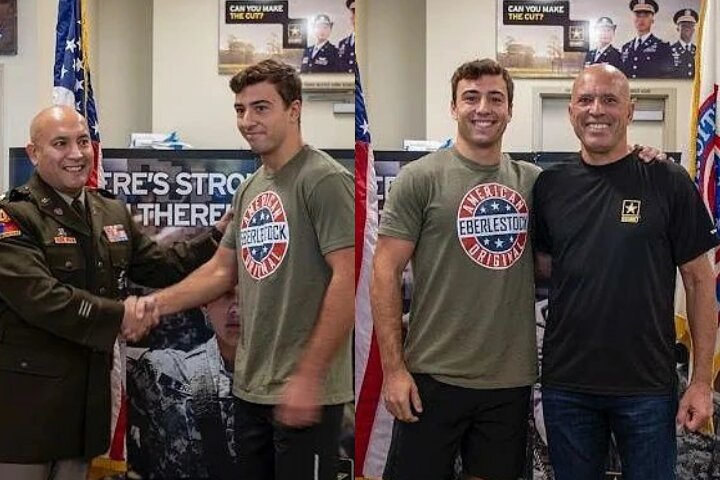 When you hang out with people who hold physical fitness, discipline, and progress in high regard… Then there’s an enormous chance that you’ll become successful, in whichever field you choose to be in. And that’s especially true if those people are your family.
Such is the case for Kheydon Gracie, the son of legendary Royce Gracie. It was recently announced that the 19-year old will be joining the infantry ranks; as he has signed an 11X contract with a Ranger option.

He left for basic training in October, where he will finish infantry training, airborne school, as well as the 8 week Ranger assessment and selection program. Upon doing so, he’ll be able to join the service at the 75th Ranger Regiment, Army’s largest joint special operations force.
Royce was more than proud of his son, voicing his delight on social media:

What a special day, I’m a proud father.
Enlistment ceremony carried out by MAJ Miguel Diaz at the Army Recruiting Office Huntington Park, CA with PVT Kheydon Gracie, family, friends and loved ones.

Kheydon has more than enough reasons to be proud of himself and his (upcoming) achievements; one of them being that his father is a legendary figure of both Brazilian Jiu-Jitsu and mixed martial arts, one that knows a lot about leaving his mark on the world.
Although he most certainly did have his controversial moments, Royce has done a lot to contribute to growth and popularization of both BJJ and MMA to the masses. Read more about his legacy here.