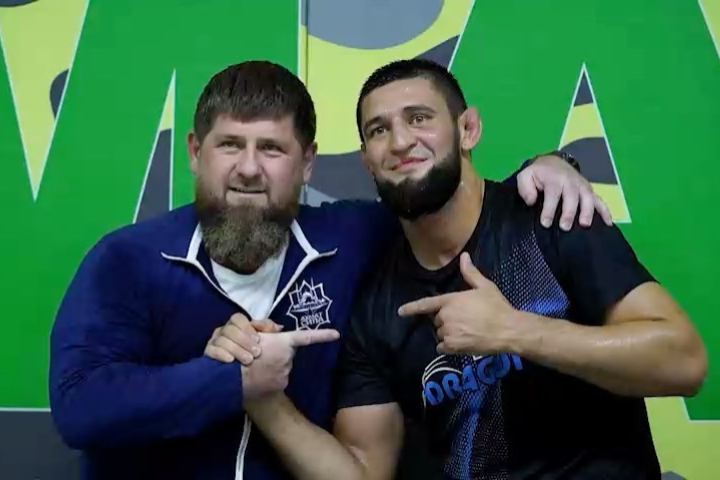 Khamzat Chimaev, one of the UFC’s top welterweight contenders, has been recorded sparring with Ramzan Kadyrov – a Chechen warlord who has been accused of numerous human right violations and whose name became internationally infamous during the ongoing war in Ukraine.

The recently emerged footage shows Chimaev training in Kadyrov’s “Akhmat MMA” fight club. He first trained with Kadyrov’s sons, letting them get the best of him; after which he started sparring with the Chechen dictator himself.
Chimaev allowed him to punch and even take him down, while Kadyrov even tried to set up a submission a couple of times.

Kadyrov wrote about the sparring experience on social media:

Despite the formidable and eminent opponent, the boys were in no way inferior to Khamzat in skill. As it fits them as fighters, they analyzed the movements and weaknesses of the opponent; after which they proceeded to counterattacks.
At the end of the training, I myself could not resist the temptation to test my strength in a friendly duel with our dear brother.

Kadyrov has been ruling Chechnya since 2007 and is accused of numerous human right abuses; including abductions, torture, assassinations, and similar. He launched his “Akhmat MMA” fight club in 2015, which Chimaev has visited several times.