Khamzat Chimaev: “I Feel Sorry For Darren Till… I Could Help Him With His Wrestling” 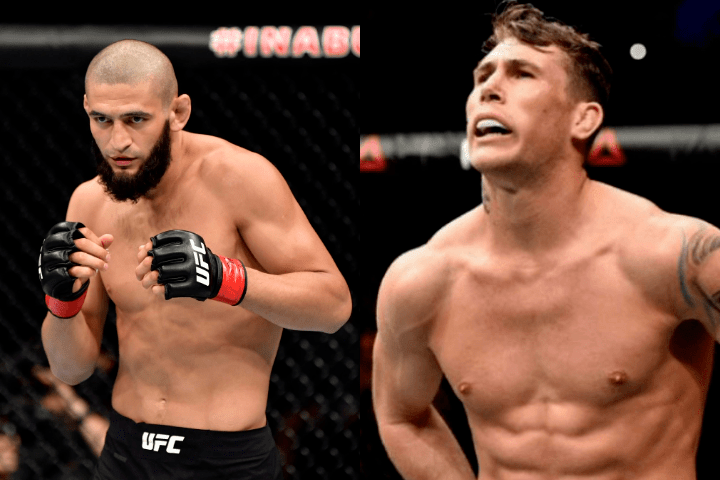 Khamzat Chimaev is on top of the world right now. He put on a grappling clinic against Li Jingliang in their UFC 267 fight, and ultimately put him to sleep with a Rear Naked Choke.
However, things haven’t been as good for Darren Till – whom Chimaev is in good terms with. He lost his most recent UFC fight back in September via submission, to Derek Brunson.

Now, Chimaev is making an offer for Till to come and train with him; so that he can help with his wrestling skills. He explained why in a conversation with BT Sports:

I like this guy (Till), actually. He’s funny. A funny guy. And I feel sorry for him about last fight, he lose. He lose many fights last time. I think he’s good, but has to train harder.
But if he wants to come to Stockholm, he’s welcome. I told him, I can help you with your wrestling or something. And we can spar, we can train.

It’s not a coincidence that Khamzat Chimaev is so confident about his grappling skills. His BJJ coach, Alan Finfou, lauded his training regimen:

When they don’t have a fight scheduled, they [his athletes] need to be training on the ground and, of course, Jiu-Jitsu in the Gi. We cannot forget our essence. When there’s a fight announced, we take off our kimonos and start working for MMA.
Chimaev, for him, is the final of the Worlds (Jiu-Jitsu) every day. In each training session, the UFC belt is worth.