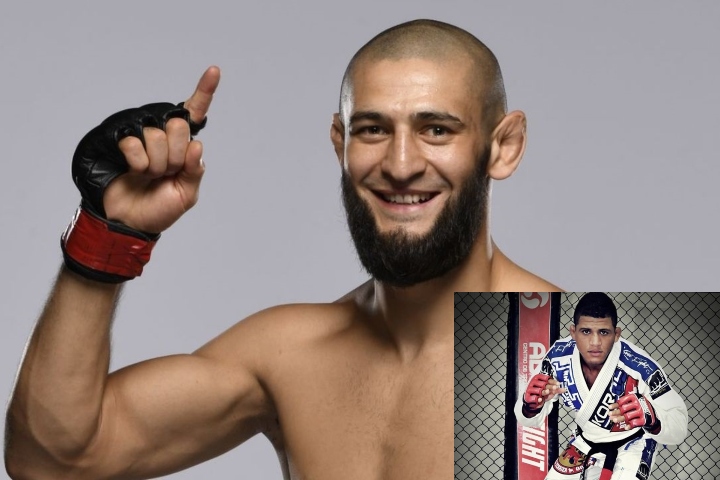 There’s no denying that Khamzat Chimaev has grappling skills that are to be feared by his opponents. After defeating Gilbert Burns in their UFC 273 bout, he was awarded his purple belt and was more than proud of his achievement:

It means a lot to me. I work very hard for this, brother. I’ve faced 3 BJJ black belts in my last fights and I beat all of them.

One of those black belts has, of course, been Gilbert Burns himself. Actually, he’s a 3rd degree black belt, so it’s clear that Chimaev has been reluctant to “play the ground game” with him.
Why? He shared his reasons after the fight:

When I took him down, he [Burns] tried to do an Armbar or something. And I was like: “Yeah, no. I don’t like that sh*t.”

His trainer shared what he told him in-between the second and the third round, criticizing his pace:

People ask me what I told Khamzat end of round 2 this is what I told him: ”Stop brawling stop having a street fight use your straight punches and keep it easy, this is an easy fight. All you have to do is keep him on your jab and have patience. Don’t make it harder than it has to be.”

I told him to stop giving everyone a show and just keep it boring and simple. To not force anything just be fast and light on his feet. This was the game plan all along.
Gilbert with all respect is a tough gritty Brave warrior. All the love and respect to him. These guys gave a show to the public. But as a coach I don’t care about the public I care about the easiest way to the WIN with the minimum damage. That’s my number one job.