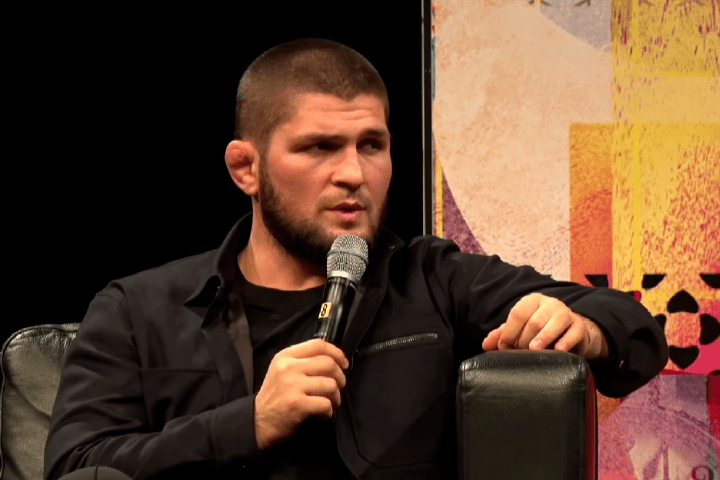 Khabib Nurmagomedov has retired from mixed martial arts over a year ago, but is still in its spotlight. Aside from venturing into a successful entrepreneurial career, he is now an MMA coach as well; most recently, he helped out Islam Makhachev to dominate and win his UFC 267 bout.
Needless to say, Khabib will remain one of the most recognizable faces of MMA for a long time.

However, with great power comes great responsibility. Khabib actively tries to go “under the radar”, without anyone recognizing him on the street. To do that, he “camouflages” himself – but this tactic doesn’t always work.
At a recent event in the United Kingdom, Nurmagomedov shared a story of being recognized on the street by an obnoxious fan… And how he was ready for the physical altercation if need be:

This [being unrecognized in the streets] is best feeling—go outside when people not bother you, just be like regular person. Sometimes I do this.

It was [a discussion] between me and him, just walking. He said: “But I want to take picture with you.” I said: “OK, take on the way, but I don’t want to stop.” Because I know if I stop, put mask off, I have to stop there for one hour. And he don’t like this.
It was very nervous [discussion] with him. I feel pressure, too. But I was ready for fight. Because I don’t want to take picture. Because now is not time.