Khabib on Jake Paul’s Fight Offer: “He Would Last A Couple Of Minutes” 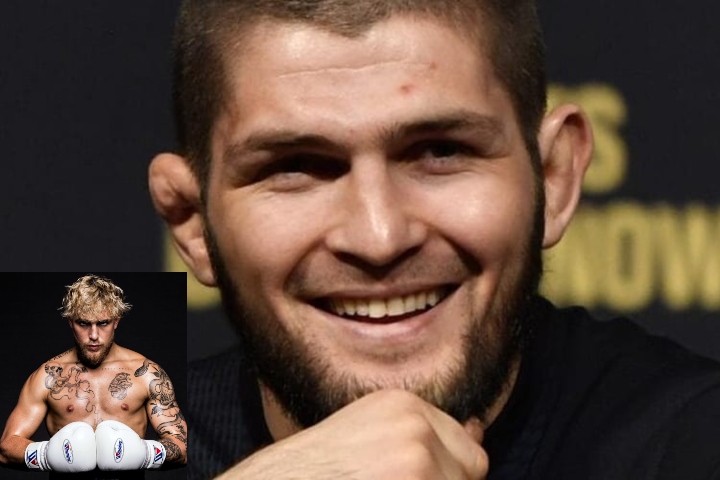 Jake Paul is a true definition of a man with “no chill”. He’s been calling out everyone, left and right, including the GOAT… Khabib Nurmagomedov.
He did it when Khabib invited him to fight under Eagle FC (Khabib’s MMA organization):

And Khabib’s response to the call-out? It was precisely as you’d imagine it to be. As a recent guest at the “Full Send Podcast”, he essentially laughed off Jake’s offer:

He’s also added that Jake is a bit “late to the party”:

He’s late a little bit cause I am finished.

Nevertheless, Nurmagomedov says that he watched Jake Paul’s performances and that he is impressed with his boxing skills, though his MMA isn’t all that good. He also emphasized that he’d give him a chance to fight under Eagle FC:

I watch his sparring or some video he was doing MMA with someone. He has to learn a lot.
On boxing, he knows how to punch. He’s not bad in the boxing game. Anybody can box. But you can never wrestle, this is completely different.