Khabib on His Feud with Conor McGregor: “I Wanted To Bite His Heart” 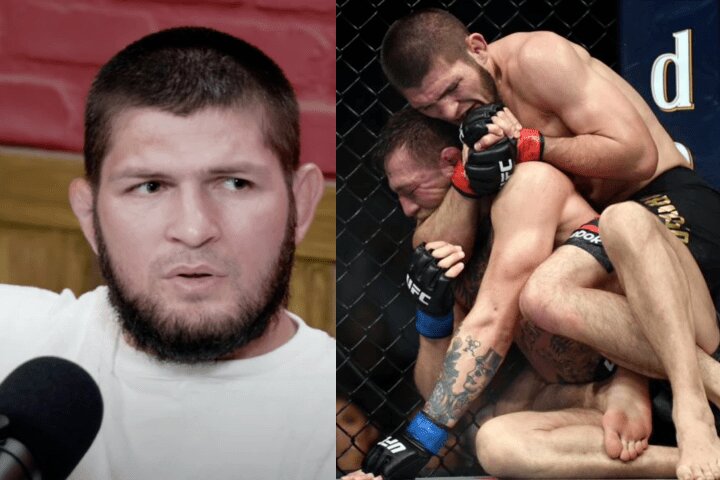 Khabib Nurmagomedov was a guest on the recent episode of “Hotboxin’ with Mike Tyson” podcast, hosted by Mike Tyson. The two, as well as Henry Cejudo, spoke about many different topics – including Khabib’s feud with Conor McGregor.

Khabib reflected on McGregor’s insults, arguing with Mike that those sorts of things are good only when it comes to promoting a fight… But that certain aspects are off limits. For example, talking about “people who aren’t with us (anymore)”; insinuating at Conor’s latest tweet about his deceased father.
Furthermore, he emphasized that those sorts of things could be said only by someone who is “evil”, not by someone “normal”. Either way, he thought that McGregor’s “it’s only business” comment during the fight was simply an excuse… To starve off the vicious defeat that was awaiting for him.

In that spirit, Khabib also explained that his preparation for the Conor fight wasn’t just a preparation for an octagon match – but a preparation to go for war. And that’s why he, when McGregor tapped out, felt as if something was missing. As if he wanted to give more. Which just fueled his drive to respond to the shouts from McGregor’s corner – to jump over the fence and go after Dillon Danis and others.

Watch the video below to hear more: