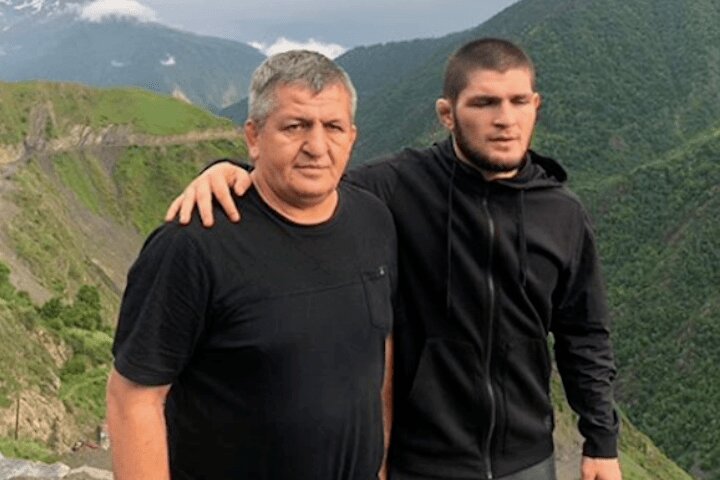 It’s been one year since Khabib Nurmagomedov had lost his father, Abdulmanap Nurmagomedov, due to complications from COVID-19.
The 57 year old was a massive influence in Khabib’s mixed martial arts career. He was one of his main coaches, alongside with American Kickboxing Academy’s Javier Mendez. His passing led “The Eagle” to eventually make a decision to walk away from fighting; as he had promised his mother that he wouldn’t continue without his father.

It’s been a year today since the Father is gone. This event has increased my belief that in this world we own nothing, not out children, not our parents, not our property. Everything we have is temporary.

All things belong to Allah alone and to Him we shall return, tie your hearts to Allah, stay more alone with Him, for a time will come when we will all be put in the grave where we will be alone, where our friends, relatives, property and connections will not be there, only our deeds and report.

Khabib earned his third consecutive UFC lightweight title defense just three months after losing his father; doing that by submitting Justin Gaethje at UFC 254.
Immediately after that, he announced that he would retire, explaining the passing of his father as the reason for hanging up his gloves.