Khabib Nurmagomedov Vs Bear Part 2; This Time As An Adult 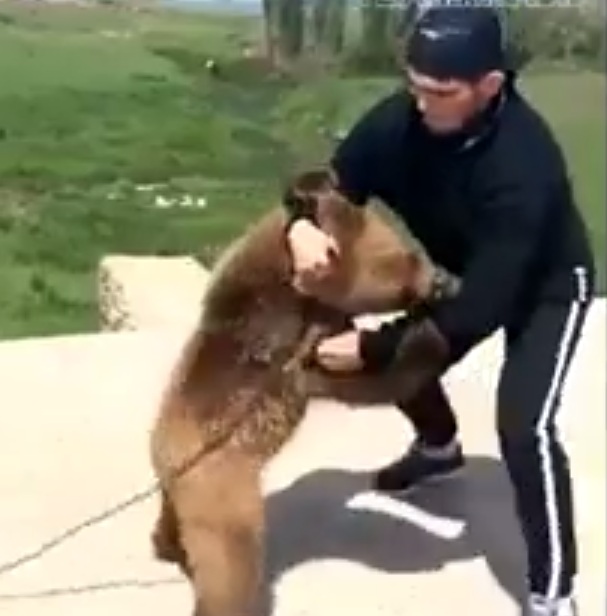 A few months ago, a video went viral on youtube. It featured 2 young boys wrestling a bear cub. One of the boys was rumored to have been UFC lightweight prospect Khabib Nurmagomedov.

Khabib has recently admitted that it was actually him in the video footage of a nine-year-old wrestling a chained bear cub:

“Yes, I was. It was a secret video and I do not know how that got on the internet.” Nurmagomedov told Combate.com via a translator. “That was long ago, I almost do not remember, I was a boy at the time.”

Now apparently the two of had a rematch. In this video posted yesterday, Nurmagomedov can been seen having another friendly wrestling match with a small bear:

Here is the old video with Khabib as a child: