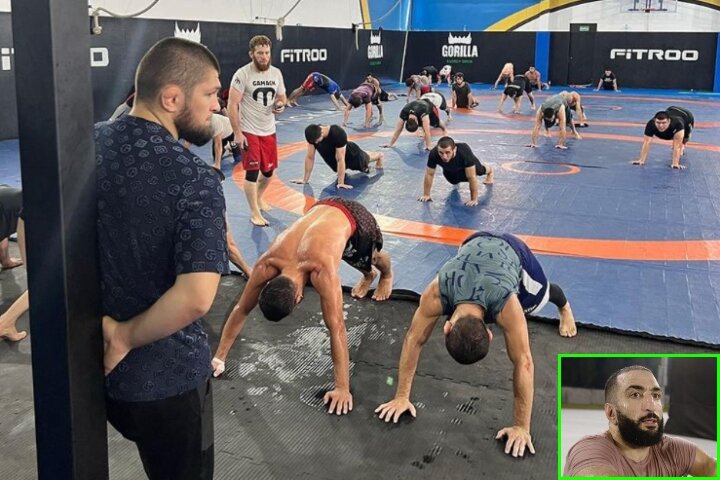 Belal Muhammad defeated Sean Brady via TKO at UFC 280 prelims… And it’s been more than an earned win, as he has had to undergo a grueling training regime under coach Khabib Nurmagomedov‘s watchful eye.

In an interview for the ESPN, Muhammad shared what it’s like to train under coach Khabib:

This guy doesn’t understand tired. We’re going from sparring to grappling, and then he tells me: “Come in the cage”, and he’s putting me on the fence and taking me down at will and just, like, drowning me.

I’m sitting there dead and all of a sudden at the end of it, they’re like: “Well, OK, you got three minutes of planks.”
I’m sitting there, dripping, I look to my right and I see Islam [Makhachev] there. He tells me: “Khabib does not know tired.”

Muhammad then compared Khabib to the legendary Kobe Bryant, and for a great reason:

He demands greatness from you. I just watched [The Redeem Team] and how Kobe Bryant would go to the gym at 4 AM, and it made the other guys work that much harder.
Khabib is the same way where you want to do extra for him. You want to push yourself much harder for him because he doesn’t have to be there.

Coach Nurmagomedov doesn’t refrain from taking it to other extremes either:

There’ll be some guys that’ll come in tired, and he’ll take their phone from them at night. And he’ll be like: “You need to go to sleep on time.”