Khabib Criticizes Chimaev’s Failed Weight Cut: “If You Are A Muslim, You Should Have Good People Around You” 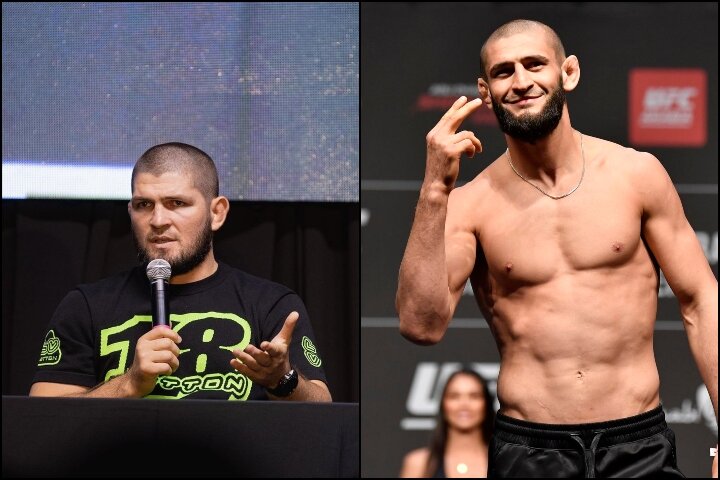 Khamzat Chimaev failed to make weight ahead of his UFC 279 fight against Nate Diaz, weighing 8.5 pounds (!) over the agreed-upon 170lbs limit. And, even though he still competed against Kevin Holland (and beat him by D’Arce Choke), Chimaev was still criticized by none other than Khabib Nurmagomedov.

Khabib was at an event organized by the “Human Appeal” non-profit organization. There, he spoke in a critical manner about Chimaev’s team:

If you are a Muslim, you should have good people around you – Muslims who can say: “Hey, don’t do this.”

I recently watched the weigh-in of Khamzat Chimaev. I followed what was happening with his weight and looked at his team.
There are no Muslims around him and this is very bad. Because if you are a Muslim, you need good, strong people around you. [They] will say: “Come back, do this.”

He commented on the need for having reliable people around Khamzat, ones who aren’t motivated by greed:

When you become famous and rich, when you gain power and [around you] there are no people who will give advice or you do not listen to them, then something will happen.
You need good people, even if you don’t like it, you need them.

What do you think – is Khabib right?