Kevin Holland Calls Out Henry Cejudo For A BJJ Match 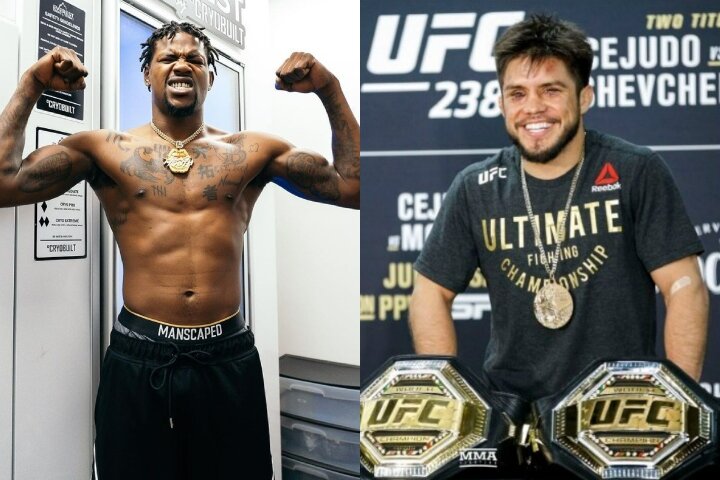 Kevin Holland, the UFC welterweight, will have his next fight the following weekend against Stephen Thompson… But he also has an aim for none other than the former flyweight champion Henry Cejudo.

Namely, during the UFC media day, Holland made the following statement (via MMA Junkie):

We were having a little back and forth the other day. I thought me and him were cool. He said he’s reaching new heights, I said “heels”, and he started talking about my wrestling.

Now, I’m up here thinking, you know what? A couple my fans had a point, I probably was picking on the only wrestler I probably can beat. Me and Henry probably walking around the same weight right now.

He called out Cejudo for a Jiu-Jitsu match:

I would knock Henry Cejudo the fu*k out, so good thing we’re not striking. Honestly, if we’re grappling, he probably would throw me, but just Jiu-Jitsu? If he doesn’t stay away from these chokes, I’d probably choke his a*s out.

I want Cejudo in one of those big Jiu-Jitsu matches that the UFC puts on every once in a while. I would love to do that.

Cejudo himself, on the other hand, has been retired from competition since 2020. But a BJJ match against Holland would be a rather interesting one to watch, nevertheless.