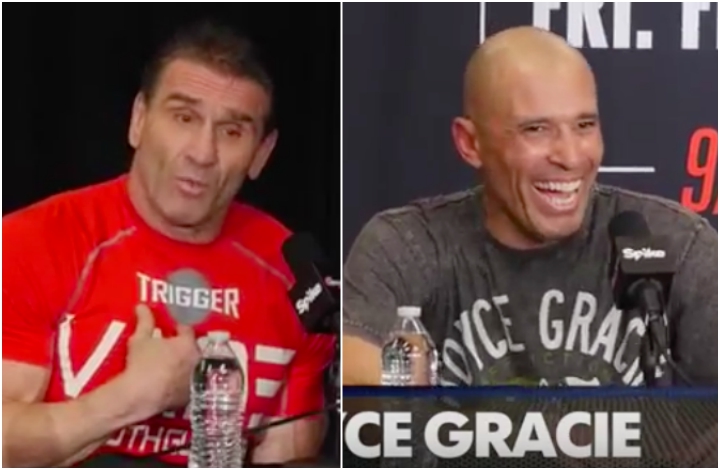 Today it was revealed by MMA Fighting, that in one of the biggest MMA events of the year so far, Bellator 149, Ken Shamrock and Kimbo Slice both failed their drug tests.

Shamrock lost to fellow MMA legend Royce Gracie in controversial fashion. Ken Shamrock was at the receiving end of illegal knee strike to the groin which went unnoticed by the referee, in his trilogy bout with fellow UFC hall of famer Royce Gracie.
Gracie followed the groin strike, with a knee to face and take him down to finally finish him with strikes on the ground. The fight was stopped after 2:22 min sin the first round. 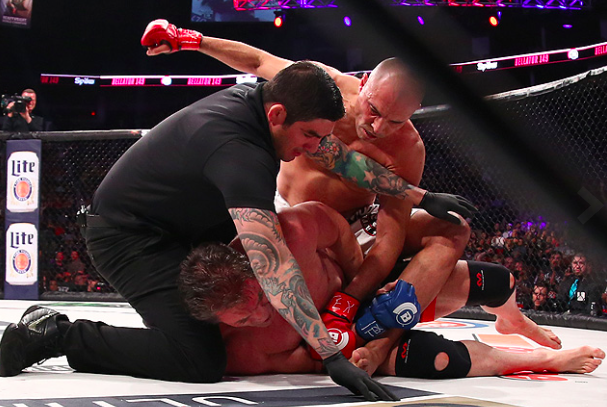 In one of the Bellator MMA’s biggest events to date, Kimbo Slice battled DADA 5000 and Ken Shamrock battled Royce Gracie. Today it was revealed that both Slice (real name Kevin Ferguson) and Ken Shamrock both failed their post-event drug tests:

Slice and Shamrock had banned substances in their system per the results of pre-fight drug tests. Bellator 149 took place Feb. 19 in Houston, Texas, multiple sources said.

Both men have been administratively suspended by the Texas Department of Licensing and Regulation (TDLR) pending an adjudication process, sources said. The official test result documents, showing the exact substances Slice and Shamrock tested positive for, have been withheld by the TDLR due to potential pending litigation. Athletes on the card had urine samples taken before their bouts.

Typically, the maximum discipline for combatants who fail drug tests in Texas is a 90-day suspension and $5,000 fine.