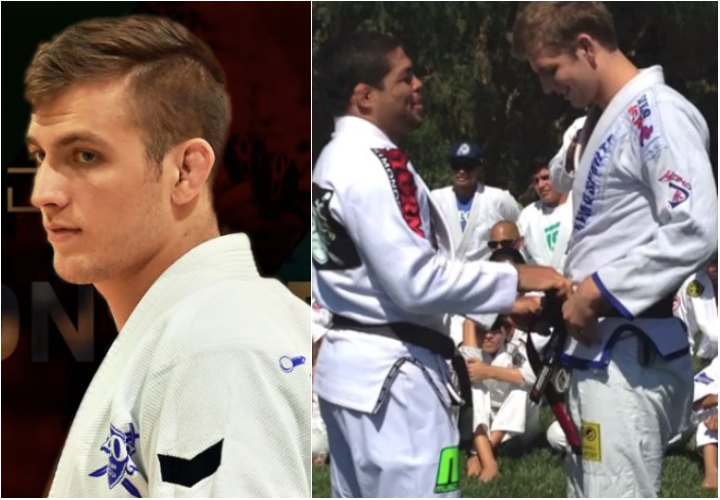 Last April, Keenan Cornelius was asked to leave Atos, a team he’s belonged to for 6 years. Cornelius has been widely considered one of the prodigies of the sport for quite some time now. Here are some of Keenan’s main achievements:

Cornelius gave the shortest exclusive ever to flograppling saying:

“There are many facets to this split,” Keenan told FloGrappling. “I was asked to leave.”

Andre Galvao has remained mum on the subject but over the past several months Galvao has been vocal about his “gym church” and various other bizarre practices.

On his recent appearance on the Josh Hinger Podcast “Mat Burn.” , Keenan explained in detail the reason for his ousting.

There was I think it was a cultural and a belief difference that was so drastic. It was personal belief and cultural thing that did not allow for us to become friendly over the years and I think it was just like that was issue is that we’re too drastically different on our personal beliefs. We both were in positions of authority in the jits community, like people will listen to what I have to say that if I even gave my opinion on something and counted as valid because I’ve heard like I have a track record of being truthful I guess or honest or having good opinions. I think that was just was part of it that I wasn’t necessarily that I was not the candidate to become a student, his student from the beginning like from day one. We kept it going for six years and it just was like I’m not sure I think that was the main issue is him trying to be the professor and me trying to be the student when neither of us were really cut out for that role for each other. I think that was a problem. I think we would have been much better if we were either both students of each other or both professors of each other.

But he gave you the black belt…

Yes so of course of course I understand that and he was my professor in whatever that means in jujitsu. I like no one says that in other sports. That’s literally a martial-arts term…

Jiu Jitsu is forever evolving and will continue to evolve. The only way you can stay ahead of your opponents is by sharpening your current skills/knowledge AND learning new techniques. This is why Keenan created The Lapel Encyclopedia. To help sharpen your current skills while also providing you with new techniques that will allow you to sweep or submit anyone. 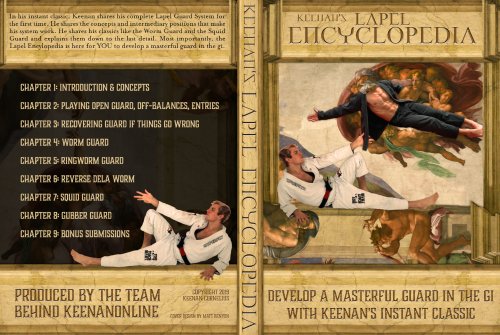