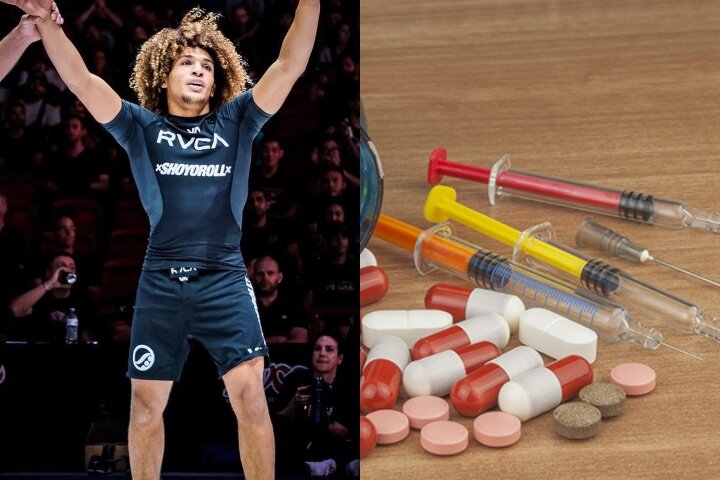 Over the last weekend, Kade Ruotolo became the youngest ADCC champion in history! The 19-year old submitted Mica Galvao in the finals of the -77kg division… And not only that; but he submitted every single one of his opponents as he made his way to the finals.

In an interview for FloGrappling, Kade also addressed the PED use of athletes at the tournament. He said that him, Tye Ruotolo, Roberto Jimenez and AJ are the only guys that don’t use “gear”:

Team Natty. Exactly.
Pretty sure me, my brother and him (Roberto Jimenez) and AJ are the only natty guys in this thing. So, Team Natty – let’s go.

Roberto Jimenez, one of Kade’s “Team Natty” members, had also said a thing or two about PED use in submission grappling. Here’s what he claimed around a year ago:

If you’re an adult, you have the right to do whatever the heck you want. You know, this is your life.

But don’t push young kids and don’t tell them that that’s the only way they’re going to be champions, because I’m an example.
What’s the message as an example? You know, Lucas Lepri, too many guys who have pushed themselves so hard so they can give that example.