Jujimufu “Competes” At ADCC 2022 – With Gordon Ryan In His Corner 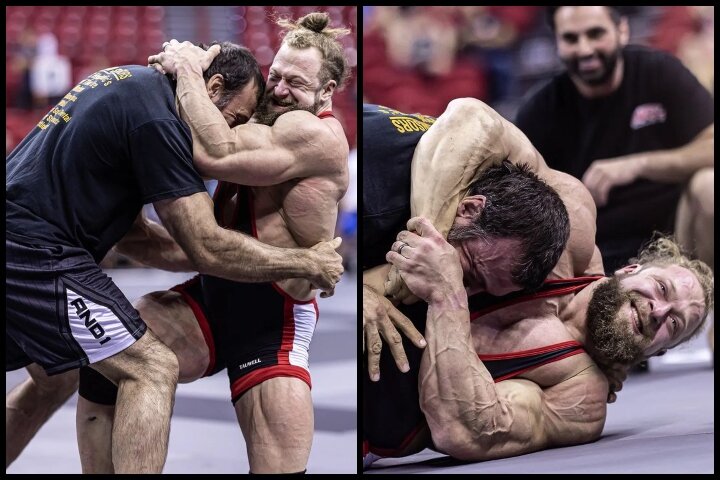 Jujimufu is an internet celebrity in the bodybuilding circles, who was initially known as one the tricking pioneers. But those who follow him know that “Juji” isn’t the one to shy away from any sort of a challenge… Including competing at ADCC 2022!

Well, at least close to competing. Just yesterday, Jujimufu faced his long-term friend Devon Larratt (a famous arm wrestler) at an ADCC 2022 exhibition match.
The match was refereed by Mo Jassim. Also, Juji had Gordon Ryan in his corner and Larrett had Tom DeBlass.

It was an interesting bout. Jujimufu actually went for a Single or a Double Leg in the beginning, but Larrett sprawled him and started pressuring him on the mats. Eventually, he found a way to the Rear Naked Choke – and tapped Juji out.
Then, in the second match, Larrett mounted Juji… And went for an Americana. At this point, it became obvious why Larrett was better – it’s simply because he’s been training BJJ for a while now.

As Juji turned on his stomach in order to defend from the Mount, Larrett once again found the Rear Naked Choke. And got the tap.

The entire match was in good spirits. Watch it take place on the video below: