Jose Aldo On Conor McGregor: “We’re Friends, I Have Nothing But Respect For Him” 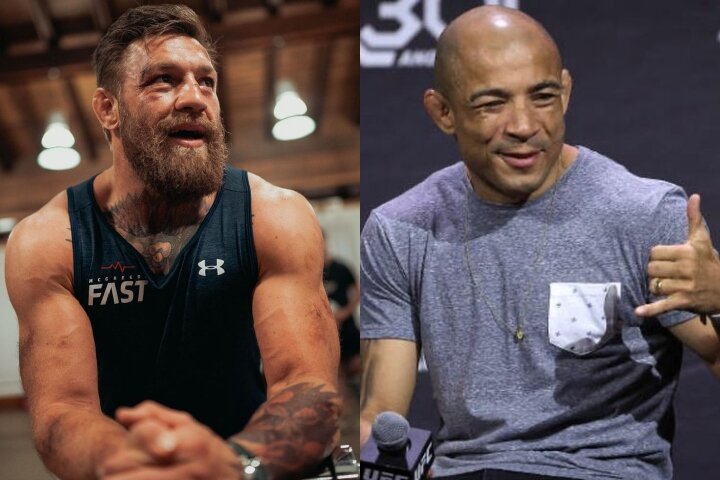 Jose Aldo, the former featherweight UFC champion of the world, will be inducted into the UFC Hall of Fame.
Prior to the induction, however, he was asked by the media on how his relationship with Conor McGregor looks like these days.

Notably, Aldo was asked if he regretted that there was never a rematch between him and his former rival.
He answered that having a rematch could’ve been great in the past, but it wouldn’t be the case now… Because they are friends:

Maybe back in the day it would have been an awesome event, but not today.

People, everywhere I go now — I do have a lot of respect for him. We’re friends. We even follow each other on Instagram, we exchange dialogue there.

Sometimes fans come up to me and say: “Do you feel like beating McGregor or something?” I say: “How can I do that? That’s the guy who gave me the most money.”
I have nothing but respect and kind of a friendship now.

So what do the two talk about on Instagram? Aldo answered:

Aldo also confirmed the rumor that, after his bounce-back win for the interim featherweight title at UFC 200, McGregor left a pair of red panties on his door:

It was just good-hearted, lighthearted fun.

We were in Red Rock owned by Lorenzo [Fertitta] in Vegas and we were window to window and there was a night I beat Frankie Edgar, so he just sent it out as a lighthearted joke.
I didn’t do anything with it. But maybe. I could even get my missus to wear it or something.