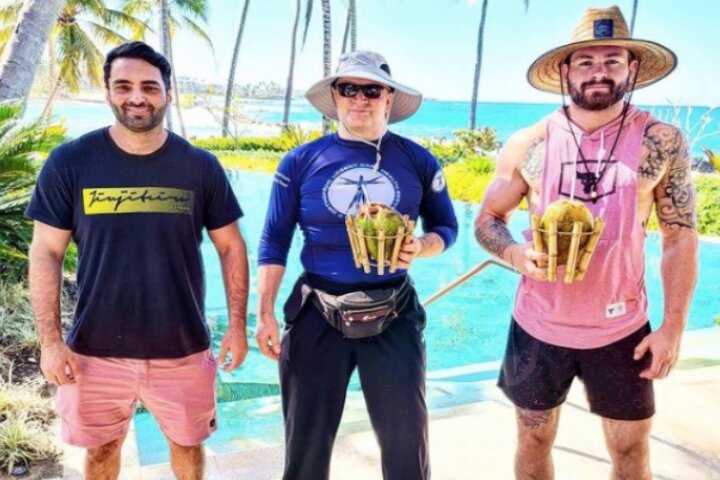 John Danaher and Gordon Ryan recently took it to social media to announce their soon-to-be departure from Puerto Rico. In their posts, they communicate nothing but gratitude for their stay and the people they’ve met on the Island. However, one crucial detail’s been mentioned as well – the reason why they’re leaving.

Namely, Ryan said that it’s due to the fact that they couldn’t find a spot where they’d open up their school:

Leaving PR- we arrived in Puerto Rico 11 months ago and I I fell in love with it here. The island is absolutely amazing. The reason we are leaving is because it became blaringly obvious that it is next to impossible to open a school here due to sheer lack of communication from local landlords. For 1 year we tried to find spots and failed. For that I want to apologize to all those people who moved here or planned trips to train. Although that is what ultimately caused us to leave, I have met some of the most amazing people ever here.

Within the 1st week I watched @fer_mma100x35 and @luicolazo literally help carry Big Gord up a mountain on his last hike and one of my last days with him. They helped him up a 2 hour hike without even knowing him, acting like they grew up with him, and that I will never forget. On top of that, @kru_juan let us all train at @combat360pr without ever asking a thing in return. He also does his part to teach local and federal police defensive tactics, among other things.
If you are in PR and need a place to train, combat 360 is definitely it. I cannot thank you enough my friend. You have a school, a bedroom, and a home when you visit Texas. You are the man.

I’m headed to Boston to film back escapes, then headed to my TEXAS family. Stay tuned for training schedule which ANYONE can attend.

Meanwhile, Danaher announced one last seminar before leaving. All of the money which’ll be made in the seminar will generously be forwarded to the gyms that let the Danaher Death Squad train in their facilities; as well as to the Puerto Rico Jiu-Jitsu Federation:

Last mission in Puerto Rico: I will be teaching a seminar in Puerto Rico on September 19. I am sad to be leaving the Island. Though there were obviously some sad elements to our time here, there were many more great ones. I will be eternally grateful to the many friends we made here and who generously gave time and resources to help us in our time in Puerto Rico.

100% of the money made in this seminar will go to gyms who let us train on their mats with no expectations of reward and to the Puerto Rico Jiu jitsu federation to help fund competitions for the many talented young athletes in the Island to show their skills in the future. We have greatly enjoyed showing our approach to the game in Puerto Rico over the last year and I look forward to a last chance to showcase it to a wider audience.