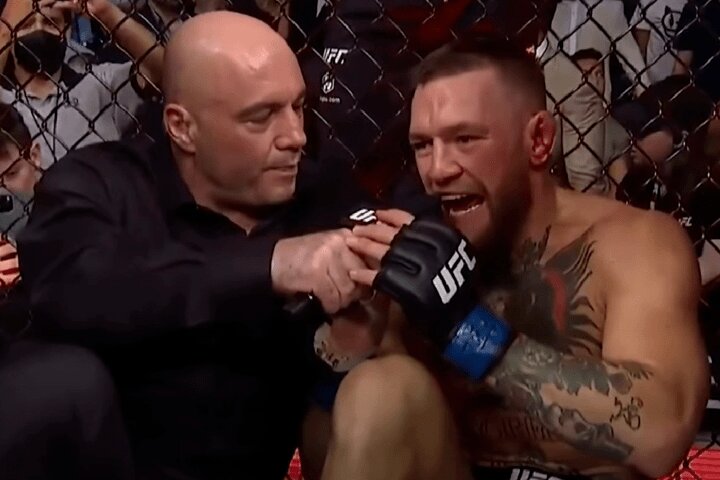 People are like: “Why did you interview him?” He actually brought me over. He goes: “Come over here lad, let’s have a podcast.” He said: “Come on Joe let’s have a f*cking podcast.”
He, like, asked me to sit down next to him. I was like: “How am I going to do this? I feel like I should just get something out of him.” Even if you recognize the fact that he is emotionally charged up, this is just him expressing himself while he was emotionally charged up.

Rogan followed up with praise for the Irish fighter:

It takes a special person to even want to fight the way he’s fighting with a half a billion dollars in the bank. He’s probably, like, the richest guy that ever really wanted to fight hard.

Even Floyd Mayweather, as rich as he is, and he’s one of the all-time greats if not the greatest boxer of all time, he’s fighting people that have zero chance of beating him because he’s smart. He’s like: “I’m just gonna make a lot of money here.”
Conor is fighting Dustin Poirier, he’s fighting ‘Cowboy’ Cerrone. He’s fighting Khabib Nurmagomedov while he’s worth hundreds of millions of dollars.