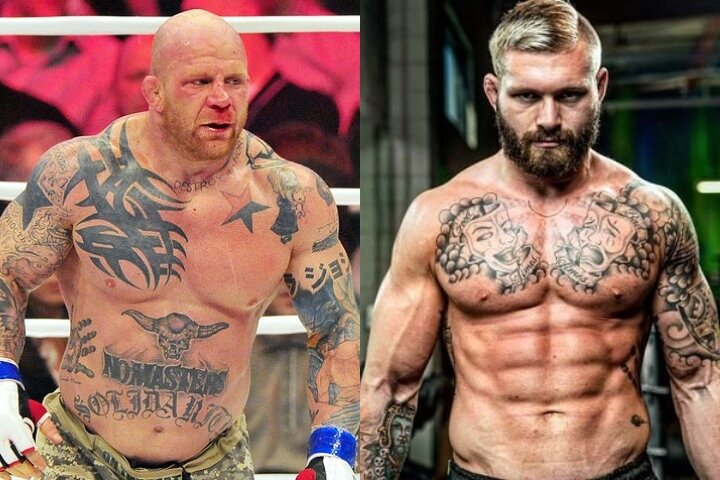 Gordon Ryan has been on the forefront of “call-outs” lately. It seems that, as he’s returning to the competition scene, a lot of athletes want to challenge his dominance; the latest of them being Jeff Monson.
“The Snowman” is a mixed martial arts legend and a UFC veteran. He is also a 2x ADCC champion, who won his second title in 2005 – at the age of 34.

He took the liberty to challenge Gordon Ryan for a match, albeit in a rather respectful way. Gordon shared the call-out on his Instagram account:

A lot of people in the comment section argued against Jeff Monson, saying that he’s trying to diminish Ryan’s success. However, he then commented himself and gave a clarifying answer to his critics:

For those saying I’m looking for a payday, you should hush yourselves- you obviously don’t know anything about me. When you feel you’re the best at something, when you love the fight… It’s in your DNA to seek the best to beat.
For a long time I was competing in and winning grappling world championships and every grappling tournament in between as a hobby while I worked as a psychologist and fought MMA as paying jobs. That’s my point. I was training everyday to be a fighter (besides the psychology work) not training for grappling, but was still the best.

He emphasized that he is, indeed, calling out Gordon for a bout – and that he’s confident in beating him:

Yes, it is a call out but it’s a compliment- if I didn’t think Gordon had a claim at being the best ever I wouldn’t bother. Gordon- we can set a date and I’ll come to the gym and we can have a match with Renzo (he’s a good friend) as the ref.
I know everyone in the world wants a bite out of you and you should be honored the grappling world thinks that highly of you. But I’d still beat you in a match.