Javier Mendez: “We Are All Here Because Of The Gracies” 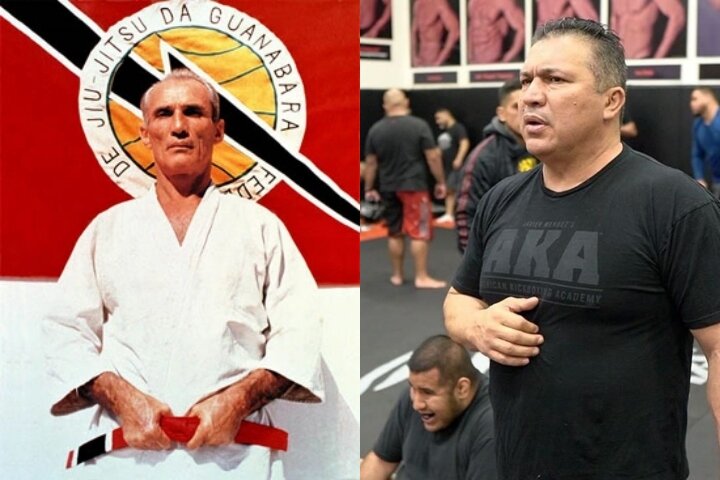 In a recent interview with Red Corner MMA, Javier Mendez – Khabib Nurmagomedov‘s coach, as well as the founder and head coach of the famous American Kickboxing Academy (AKA) – spoke about many interesting topics…
Among them being the comparison between the Nurmagomedov and Gracie families in the sport of MMA.

He stated that this comparison with the Gracie family would surely be an honor for the Nurmagomedov “crew”:

It’s a huge honor. I mean, think about it, if the people are really comparing us, the legacy or the greatness of what the Gracies did.
I mean, we are all here because of the Gracies. Let’s not forget that. We are here because of everything they visualized.

With that said, Mendez also added that for him, Brazilian Jiu-Jitsu is the #1 martial art form:

If it comes down to only one single art, they’re still going to reign. Gracie Jiu-Jitsu is going to be #1 man!

How can I say otherwise? It’s been proven. If you just take one single art, to me it’s the best art.
You could have the greatest wrestler and yeah, he will take you down, but what is he going to do with it? He’s not going to understand submissions.