Jake Paul: “I Wouldn’t Troll Khabib – I Have So Much Respect For Him” 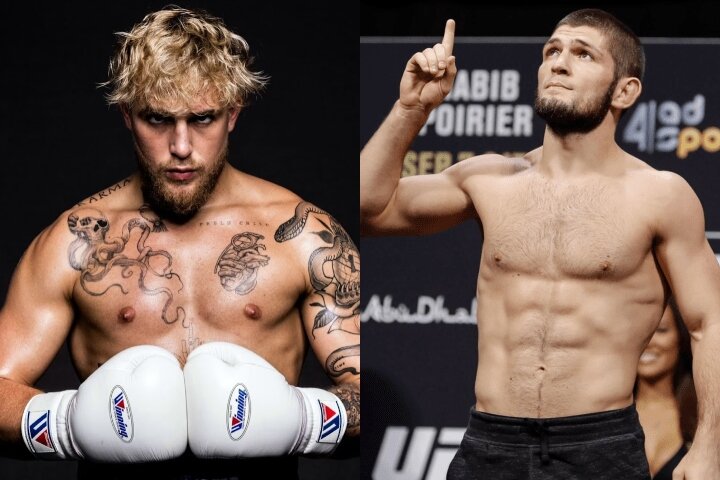 Jake Paul has taken it to the limits when it comes to calling out past and present UFC and MMA fighters for a match… It’s something he’s getting pretty successful at, too; it’s netting him a lot of attention and money at the moment. Most recently, he even published a “diss track” in which he mocks the UFC president Dana White, Conor McGregor, Jorge Masvidal, and the often-talked about exploitative practices of the UFC.
However, as tough as Jake Paul is with his call-outs, there’s one person who he would never be disrespectful towards. And that person is Khabib Nurmagomedov.

Jake already called out Khabib when he was offered to compete at Eagle FC (Khabib’s MMA organization):

Khabib commented on offering Jake to fight in his organization, after an Eagle FC 44 event:

We offered him [a contract]. Now we’re waiting on his answer. If he wants, we’re here.

But meanwhile, Jake Paul went to a podcast, where he emphasized that even though he wants to fight Khabib, he would never troll him; simply because he has too much respect.

The podcast host asked him: “This is kind of off guard, but what if Khabib called you out now that he’s out of the UFC? Would you do that? I mean, like seriously, would you do it?”
Jake replied: “I would have to do it.”

The host asked him further: “Would you troll him?”

Paul elaborated: “I have so much respect for him, though – I wouldn’t troll him. I’d be like… You’re the best but let’s fight!”

You saw how Jake Paul dissed Dana White and Mctapper 😂

And this clip shows how Khabib commands much more respect than these two money hungry wh***s 👏🏻 pic.twitter.com/UqozdSibEf