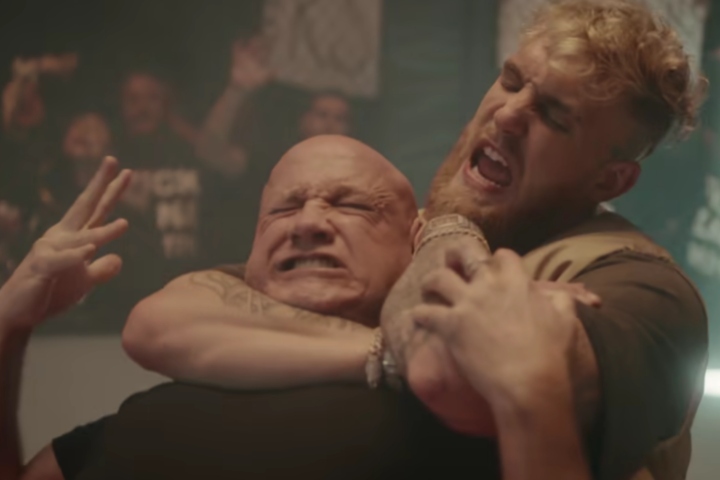 Jake Paul will, seemingly, continue to place himself under the spotlight of the mixed martial arts scene. Even though he’s only recently started boxing at a professional level, he has already acclaimed some impressive wins – and is hungry for more of them.
However, one thing beside fighting in the ring that’s getting Paul a lot of attention is his continuous push against the UFC’s president Dana White. And why is he doing that, other than wanting to get more of a spotlight? It appears the reason is that he truly wants the UFC fighters to be paid more than they are right now.

In his latest “effort” to direct attention towards the matter, Jake Paul published a diss track in which he mocks Dana White and calls him out to pay the fighters more… As well as the fighters to stand up for themselves.
In the video below, he even goes into a ring with an actor that’s portraying the UFC president; and he eventually chokes him out with a Rear Naked Choke.

At the end of the diss track, Paul summarizes his incentive:

Dana, pay your fighters more. Give them healthcare, you scumbag. I haven’t met a single person who says anything good about you. I passed my drug test and you went silent.
I’m keeping my foot on your neck until you tap, b*tch. Stop raising your pay-per-view prices on the fans and not paying fighters more. Greedy, old, lonely, bald, b*tch.