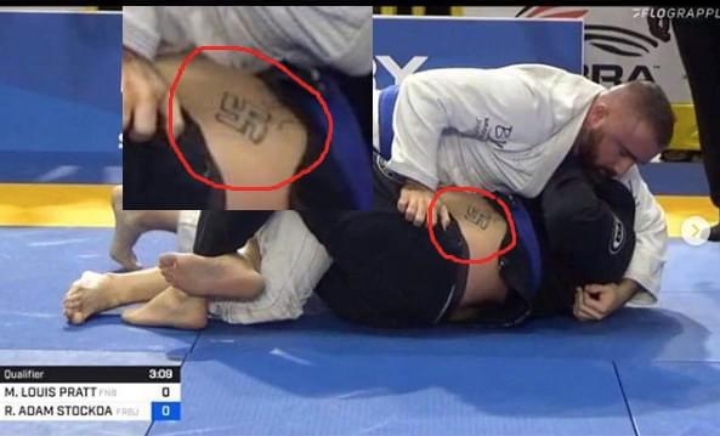 A picture of a BJJ competitor sporting a Nazi Swastika tattoo during the last Pan Championship has been circulating the various BJJ forums and facebook groups.

The Swastika, although an ancient Indian sign, has been used by the Nazis and represents all the atrocities that happened during world ward 2.

The response has been a mix of outrage and for some, and a wait and see attitude, hoping that the guy has a past and maybe has changed…

This is not the first time that we have witnessed such far right signs in BJJ or MMA: 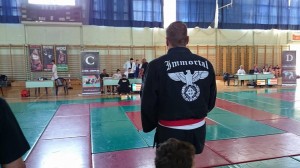 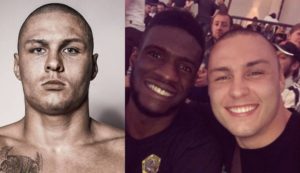 His BJJ instructor wrote on FB, that his student had turned his life around and was now a family man:

“Hey guys my name is Anthony Falotico, I own the White House MMA in Saint Cloud Florida and yes Adam is a student of ours. Yes Adam has a past and did some bad things but that was exactly what it was IN THE PAST. He has a family and has genuinely changed his life for the better. He has been covering up tattoos for years now, the most visible ones first of course. It very unfortunate that they got a pic of that! He was concerned about this and because we know him and where his heart is today I didn’t think it would be a problem and BAM look at this! I deeply apologize as I know it’s offensive and please know that if this gentlemen was still like this he wouldn’t be in my gym I can assure you this. We welcome everyone at our gym and as long as I’ve been in Jiu Jitsu and seen the change it can make in people is exactly why we gave him a chance.
He is an awesome dude that made some mistakes growing up who hasn’t? His wife and 6 year old son trains with us as well. Everyone loves him here at the gym and if you have him a chance I’m sure you would too. Next I would like to explain the name of the gym.
We call it the White House cause the mats are white the walls are white the roof everything inside is white now my gym has competitors is all areas Boxing – Orlando Boxing Academy, Wrestling – Soldier City Wrestling, Jiu Jitsu – Fabin Rosa BJJ all at the White House MMA. There is no racial intent behind what we do here and are welcome to come check us out if you like. Again we welcome everyone!”