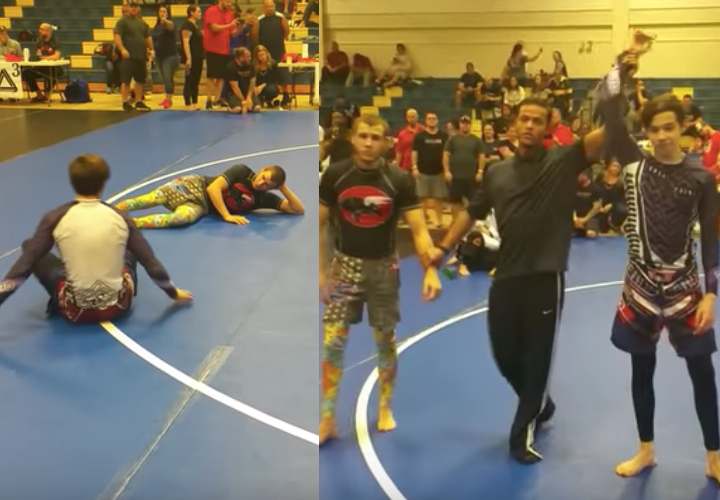 Nowadays, you can see many antics during grappling matches. Most of these happen when an overconfident competitor taunts his opponent with a passive posture.

Of course, it’s a trap and in the best case, they are able to catch their opponent with a submission.

Here is what happened when an arrogant purple belt tried to shame and bully a yellow belt juvenile competitor competed in the adult class because there was nobody in the 13-15 year old division.