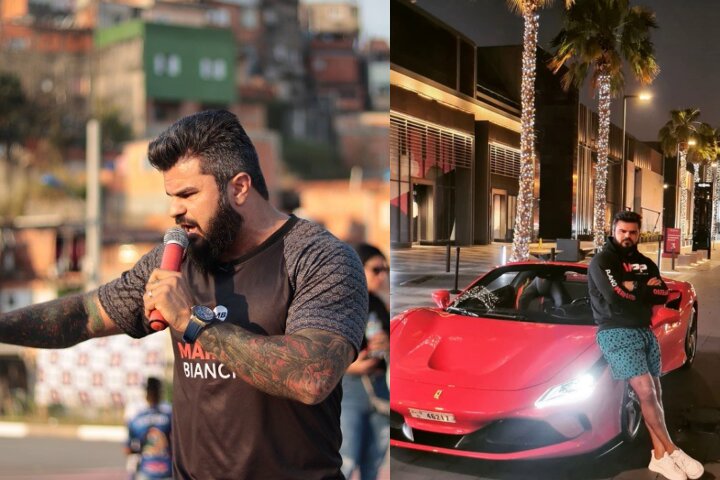 Brazilian Jiu-Jitsu is a driving force for many, no matter their background. It pushes you to be a better person, not just because of yourself – but also because of the people around you.
The same is true for Marcelo Bianchini, an entrepreneur from Sao Paolo. The businessman millionaire from Sao Paolo is a soon to be purple belt in Brazilian Jiu-Jitsu who – inspired by Arte Suave – is seeking to serve as a reference for those who are coming from the less wealthy part of population, like he did.

In an interview for TATAME, he spoke about his project:

Life and Jiu-Jitsu taught me to care about others. I came from below, I spent years in jail, but I never gave up on myself. I recognized my mistakes, I worked and work hard to evolve more and more. And this evolution, I believe, also involves helping others, just as the most graduates help in classes.

Last weekend, on August 21 and 22, this entrepreneur participated in a social action event in Sao Paulo. This event was attended by more than 200 people with low incomes, who were provided lectures on behavioral development, resilience, mentality and social services; in addition to the donation of 200 basic food baskets for the participants. Bianchini explains:

It’s a way to help people in need and share my story to inspire them. As I’ve already been in that position, I believe it passes on the credibility they seek. The message is: never give up on you. This is the name of a movement that I want to strengthen even more.

I came from the community, I had traumas with my parents, I had difficult times as well as many people in the community. My goal is to show that they can develop skills and competences. That they don’t need to follow in the footsteps of those who ended up following paths with no return. My action is still at the beginning, but it will impact a lot of people.

People need soul food. I left there renewed, believing that better days could come and with a phrase I will never forget: never give up on you.