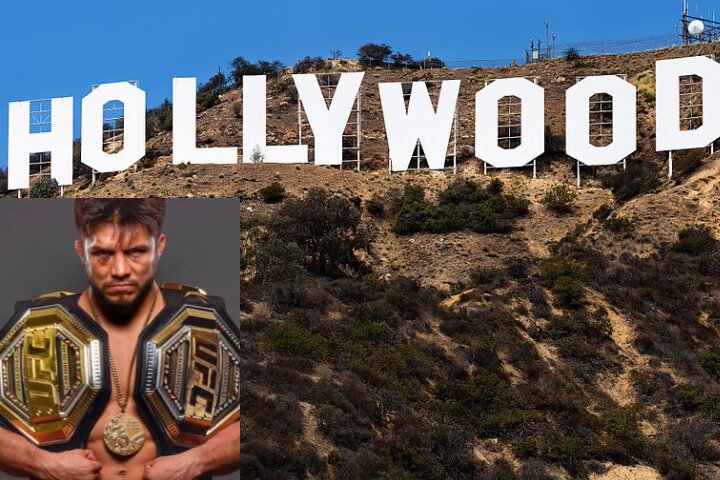 Henry Cejudo is an Olympic champion in wrestling and a former UFC champion who’s been retired since May 2020, when he was KO’d by Dominick Cruz. He’s eyed a comeback since then, most recently making call outs for a title shot, but Dana White (UFC’s president) has said that there’s no way that Cejudo will “jump the line” – especially because he retired.
So, in the meantime, Cejudo made another sort of… A rather surprising announcement on his social media: he’s set to be an executive producer of the “In Full Bloom” new martial arts movie!

Hollywood is next to bend the knee! Stay tune for the best combat movie of all time. In Full Bloom 🏆🏆🏆https://t.co/pWvRcrgL6g pic.twitter.com/6ITTIQg0J5

What’s up everybody? It’s the one-and-only King Triple C. The Olympic champ, the flyweight champ, and the bantamweight champion of the world.
I just wanted to remind you guys that Hollywood can officially bend the knee because I’m one of the executive producers. That’s right, I’m one of the executive producers of one of the greatest combat sports movies of all time. The name of the move is “In Full Bloom”. I don’t want to tell you guys the rest because I want you to go to the second slide to watch the promos.

Remember guys, tune in. One of the greatest movies of all time. Be inspired. Slide the second slide and check out the promo. Sincerely, King Triple C.

What do you think? How will Henry Cejudo fare as a Hollywood executive producer?