Hasbulla Magomedov Signs A 5-Year Contract With The UFC 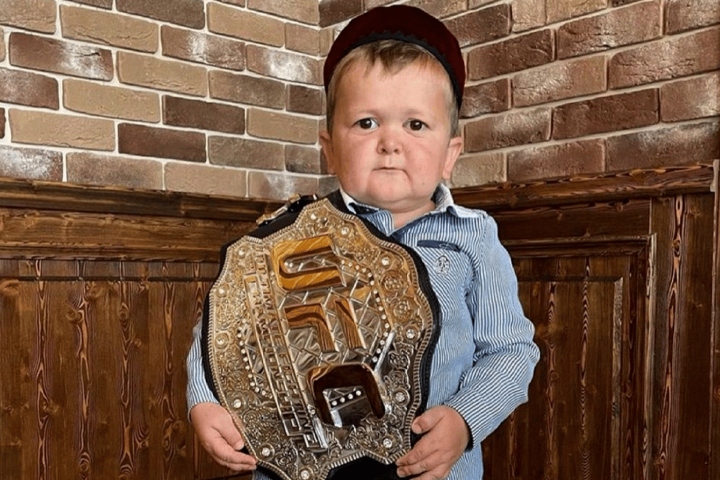 Yup, you’ve read that well! Hasbulla Magomedov has signed a 5-year contract with the UFC, according to a Russian MMA journalist, Igor Lazorin.

And no, it’s not a fight contract. Rather, it’s a contract that enables him to make appearances and do promotional activities for the UFC.
Here’s what Lazorin wrote on his social media [translated from Russian]:

This is a blast from the face! Husbick signed a five-year contract with UFC!

So far in the plan: attending tournaments, media activity. We will not talk about the amounts in detail, but there they are such that many fighters do not get that much.
Hasbulla signed 5-year contract with UFC! No fights yet, but…

Hasbulla, 20 years old and under four feet tall, has a rare genetic disorder that affects his growth and the pitch of his voice. He’s a true social media star; often seen with Khabib Nurmagomedov and with other celebrities.
For instance, he was filmed punching Shaquille O’Neal and showing cake in Alexander Volkanovski’s face. Most recently, he got into a heated Twitter “war” with Conor McGregor – who told Hasbulla that he wanted to “boot” him over a goal post.