Harley Flanagan, Cro-Mags Frontman & BJJ Black Belt: “You Have No Choice But To Keep Going” 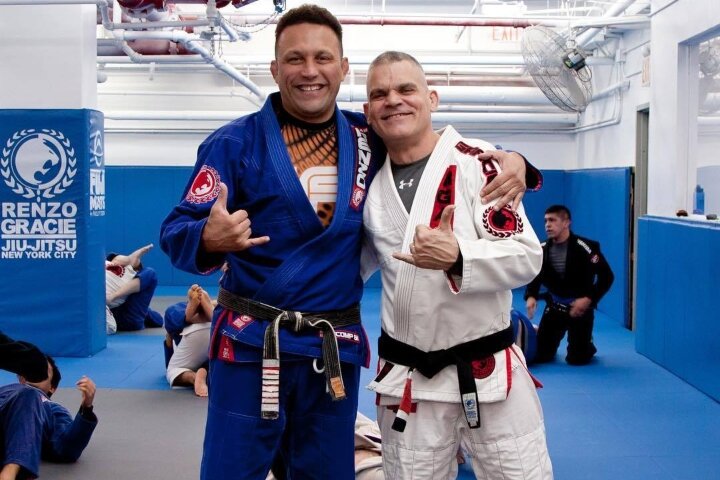 Harley Flanagan is a legendary punk pioneer who, by the early 1980’s, had founded and become a frontman of the well-known Cro-Mags band. Dave Grohl himself has said that, without the Cro-Mags, there would be no Metallica, Green Day, nor the Foo Fighters themselves.
However, what a lot of people don’t know about Harley Flanagan is that he’s also a Brazilian Jiu-Jitsu black belt (2nd degree) under Renzo Gracie!

He has been training BJJ since 1996, and has been a competitor from 1997 until 2012. Today, Harley teaches BJJ at the Renzo Gracie Academy in Manhattan.
Here’s what he had to say about perseverance (and BJJ, through it) for the Samuel Rivera YouTube channel.

You don’t give up, because once you give up then you’re done – that’s when you sink.
There’s been plenty of times in my life where I’ve felt like giving up… But it doesn’t mean that the laws of reality are actually going to permit you to give up. Unless you just, like, off yourself – and that solves absolutely nothing. It only hurts the people that you may or may not even know that actually do care about you.

So you really, ultimately, you have no choice but to keep going. No matter how devastated you get, guess what? Too fu*king bad.
Who told you that happiness was guaranteed? Or that life is going to guarantee you happiness? That’s some sh*t you gotta fight for.

Life will fu*k with you. I don’t think that it’s ever gonna stop fu*king with you, until you’re dead.