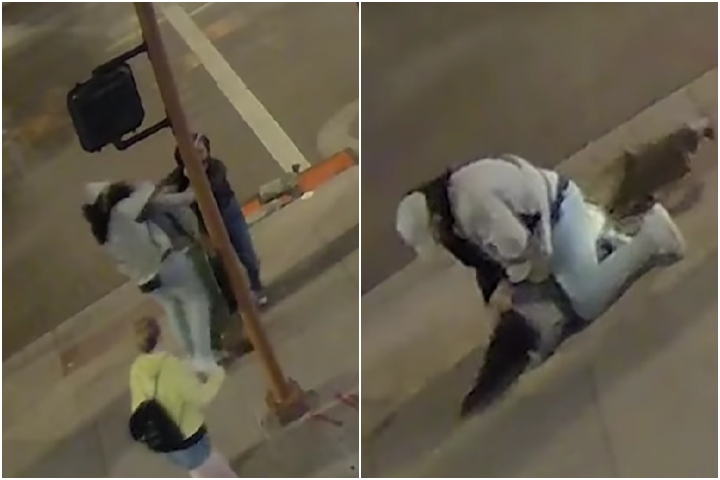 It’s not everyday that you hear stories about people with no Brazilian Jiu-Jitsu experience using BJJ techniques to subdue someone in a street fight. However, that’s exactly what Josh Jones did!
In a short conversation with Rener Gracie, he explained how he was walking home when he saw a woman get attacked. He then walked over, put the attacker in a “Sleeper Hold” choke; took him down and established Mount. Once there, he held the belligerent man pinned to the floor for over 8 minutes until the police showed up and took care of the situation.

Here’s what he was thinking about when he established the Sleeper Hold and took the assailant down:

I’m just sitting here, making sure that he’s not trying to get up. At that point, his eyes were, like, looking through me… And knowing that the guy was, like, “out of it”, I knew that I didn’t need to enforce any other damage than needed.
I just wanted to make sure that the girl was safe – she was terrified – and just get control of the situation, you know?

Rener decided to sponsor both Josh and his fiancé with a free membership to the Certified Gracie Jiu-Jitsu Training Center in Phoenix (AZ), as a “thank you” for his courageous act.