Gunnar Nelson: “I Felt A ‘Pop’ While Rolling With The Mountain from GOT” 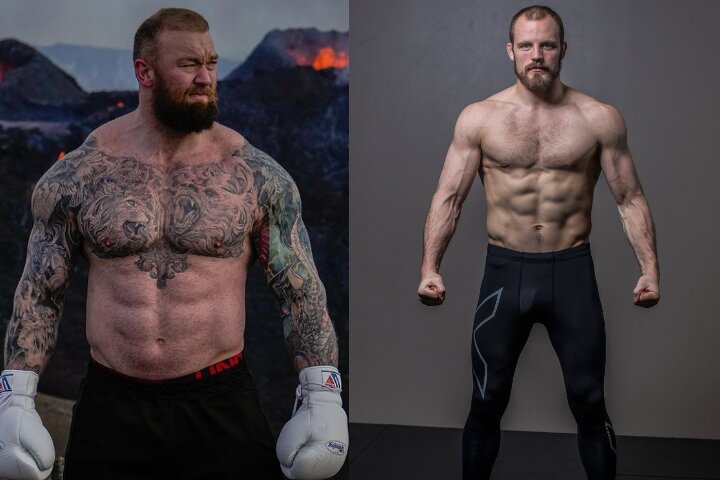 Gunnar Nelson, an Icelandic professional MMA fighter and BJJ black belt, has had an opportunity to roll with Hafþór Júlíus Björnsson – one of the strongest men in the world (who once deadlifted 1,105lbs) and a star of the “Game of Thrones” series, in which he acts as “The Mountain”.

In a conversation with MMA Hour, Nelson said that the goal was to “have a little wrestle, videotape it, and just have fun”. He managed to submit The Mountain with an Armbar in the first round… But then, in the second round, hell broke loose for Gunnar.
He tried to go for an Armbar from the back, but Björnsson collapsed on him. He heard a nasty ‘pop’ and, seconds later, felt that the upper right side of his ribs was swelling.

Nelson tried to push through until the end of the round, but it was extremely difficult to do so… Especially because The Mountain collapsed on him yet again:

Something in me was like: “I’m not going to say anything now.” I’m just thinking: “I have to wait for him to show his neck, and we can get this over with. Because it’s too late to stop now and say I hurt myself.
It was a really fun thing, but it was probably stupid.

In the end, he managed to tap out Björnsson twice – without getting tapped himself. He didn’t mention anything about his injury to The Mountain:

It’s hard to stop when you’re in it. Like, not that we were going crazy, but it’s just, you know… It was not his fault or anything. It just happened. He wasn’t going spastic or anything. He’s just 160 kilos. He was just trying to do his best there.

Check out their rolling session below: