Guilherme Mendes On 5 BJJ Players That Inspired His Jiu-Jitsu 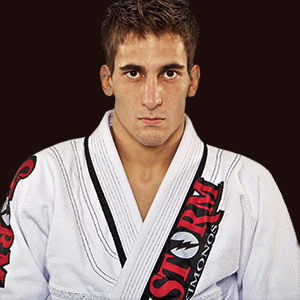 “Guilherme Mendes, the triple world champion at featherweight, is an inspiration for the younger fighters that are starting out their careers in Jiu-Jitsu. However, in an interview with Tatame, Gui and listed the five BJJ that most inspire him:

1 – Fernando Tererê – “Everyone who watched his fights was inspired. Whenever I go fight in some tournament I try to see his fights, he fought with great joy, with great happiness, always going forward. Tererê was a natural. ”

2 – Leo Vieira – “I’ve had the opportunity to train with him, he is a great athlete. his movement is extra-ordinary. He has an excellent vision on the mat ”

3 – Royler Gracie – “A lightweight guy who fought against heavy guys and always did well. He was sometimes much older than the other guys in his category, and even fought all over. ”

4 – Ronaldo Jacare – “I like to watch all the champions of the absolute like Roger, but when I see Jacare, that gives me more motivation. he had such aggression during the fight, and was always imposing his game … Awesome. ”

5 – Ricardo Vieira – “I had the opportunity to train with him too. The fight against Robinho was very inspiring to me, because I had just arrived in the black belt, and like him, faced Robinho was already a consecrated man, world champion. At the end of the fight, Ricardo got a double-leg and won. It inspired me a lot too. “