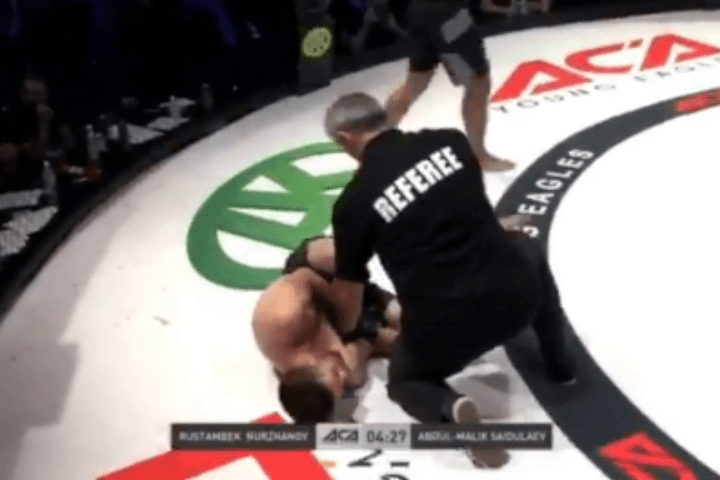 Injuries are just a part of the whole ordeal when you train a martial art or two. Especially when you’re into mixed martial arts; if you’re not (hopefully) on the receiving end, you’ll probably see injuries aren’t just, well, injuries… But the type of those that make you cover your arms and sweat a little.
It can get really graphic and is not for the faint of heart. For example, this injury that an MMA fighter Abdul-Malik Saidulaev suffered in his match against Rustambek Nurzhanov at the “ACA: Young Eagles 19” promotion.

The match lasted for only around 90 seconds, before it was brought to an end. Nurzhanov threw Saidulaev to the canvas… And Saidulaev began yelling in pain just seconds after the throw. As his opponent got off of him and stood up, it became obvious why.
When Saidulaev made contact with the canvas, something happened to his arm; either a break or a dislocation. Nonetheless, he couldn’t use it and was in heaps of pain.

Watch it take place below. Warning: it’s graphic and not easy to see.

Abdul-Malik Saidulaev badly injures his arm on a throw from Rustambek Nurzhanov. That’s either broken, dislocated, or both. #ACAYE pic.twitter.com/KUSsSH9942