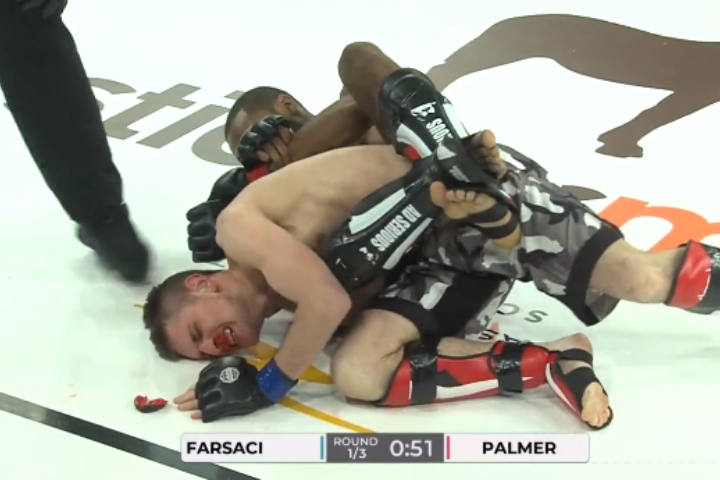 You know the expression “tap out or pass out”? And how about the “tap or snap” one? Both are very true and should be adhered to… At least if you don’t want to go to sleep or get seriously injured.
However, when it comes to competition, some athletes are willing to push the limits; not tapping out until the very last moment – which sometimes proves to be too late. Which was exactly what happened to Cole Farsaci, an amateur fighter whose arm got snapped by a Kimura submission at Cage Wars 52.

As the first round of the fight was nearing its end, Farsaci ended up on the ground against his opponent, Jahliel Palmer. Palmer managed to get a grip on Farsaci’s right arm; isolating it and locking up a Kimura. Then, Farsaci attempted to roll through the submission attempt as Palmer continued applying pressure.
However, he wasn’t successful in his escape attempt. Just moments after his roll through attempt, Farsaci’s arm snapped. The referee immediately stopped the fight, as Farsaci fell to the ground in what appears to be immense amounts of pain.

Watch the entire ordeal on the video below. But beware – it’s graphic.