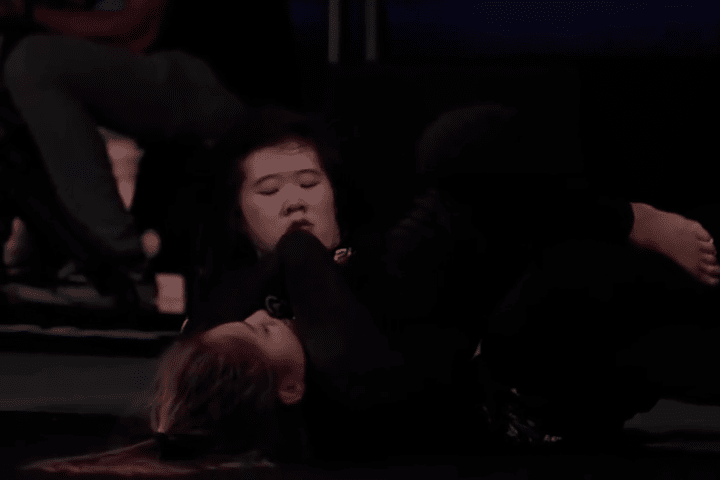 Brazilian Jiu-Jitsu is getting increasingly more popular and full of phenomenal talents as time passes. However, some talents are, well, more talented and hard-working than others; among them being Grace Gundrum.
The phenomenal 18 year old BJJ black belt advanced to the finals of the WNO Championships by tapping out Jessa Khan via Twister.

Gundrum was promoted to black belt shortly after turning 18 years old, by her instructors Zack Maslany, HM Holland, and Eddie Bravo himself.
This is already a lot to take in, but keep in mind that she has been training since she was 5 years old (when she took over her brother’s BJJ training contract!); and that she’s received her black belt in less than 12 months after she was promoted to purple! However, this pace of belt progression shouldn’t come as a surprise due to the fact that Grace did not lose a match in competition since she was 12 years old.

“The Silent Assassin” continued her winning streak by beating Jessa Khan in the semi-finals of the WNO Championships this Saturday; doing so via no other submission than the Twister!
The victory earned Gundrum a 1,000$ submission bonus as well.

Check out Grace’s Twister on the video below: