Gordon Ryan To Ryan Hall: “You Were Never Good At Jiu-Jitsu” 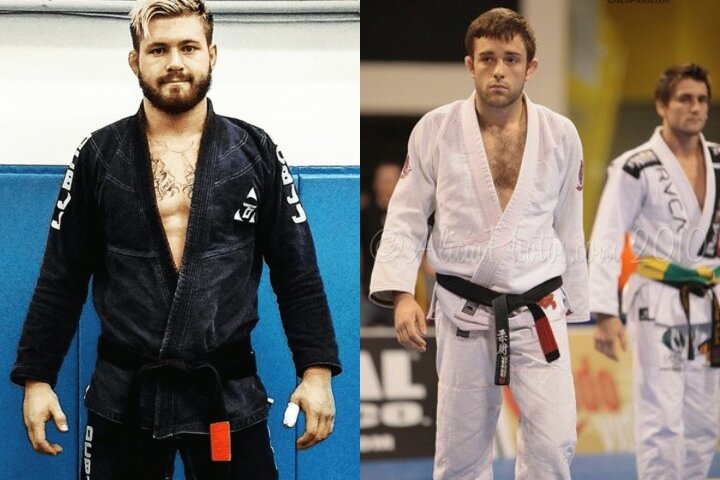 It seems that some of the former Danaher Death Squad (DDS) members have a sort of a “beef” with Ryan Hall! Namely, Garry Tonon lost to Thanh Le in his ONE Championship title match; after which Ryan Hall called him out for being disrespectful in previous instances (such as in interviews).
Tonon fired back with a comment of his own… And now Gordon Ryan has taken it against Hall as well! Here’s what he had to say in a recent Instagram post:

Imagine being Ryan Hall (who has me blocked btw because he’s a sensitive p*ssy with a test level of 80) – a dude who tricked the world into thinking he was actually not terrible at Jiu-Jitsu by beating up random clowns at NAGA and grapplers quest opens.
Luckily for him most people can’t look at a match and objectively Gauge skill levels. So when Ryan heel hooks Bobby from the bar down the road everyone thinks he’s sick.

He went on to comment how Hall didn’t want to compete against anyone on DDS’s team:

If you actually dive into his history and look at his matches against anyone who isn’t totally reta*ded he gets crushed by all the best guys of his generation, who literally didn’t know a single move.
He’s a guy with no positional or submissions game of any kind who did leg locks in a time when no one else did and his 2 biggest accomplishments in grappling are winning the trials and taking a bronze at ADCC by default (someone got injured).

He’s literally never won a single tournament of note. He made a similar passive aggressive post when Eddie lost 2015 ADCC; and has since declined grappling matches with every single person on our team.
Now he’s gonna drop another one like he’s on some moral high ground and pretending he didn’t get brutally ko’d in his recent fight.

Lastly, Gordon Ryan concluded with saying that Hall was never good in BJJ:

You were never good at Jiu-Jitsu and are only slightly better at MMA. Before you idiots come on and try to tell me how sick his game is, go do some research 1st. Watch his matches on YouTube, Google “Ryan Hall BJJ Heroes” and look at his matches.
It’s amazing that someone with 0 authority or skill of any kind can speak and people will listen. What a joke.