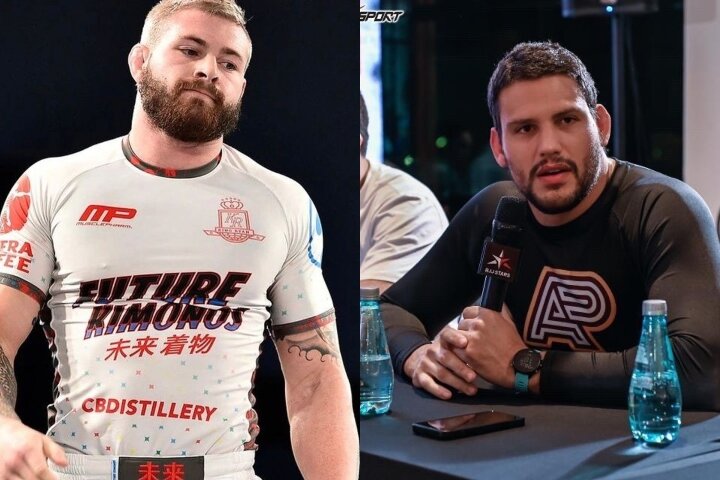 BJJ Stars, one of the biggest professional Jiu-Jitsu shows in Brazil, held its 8th event last Saturday – a Middleweight Grand Prix. It was full of spectacular matches, with Mica Galvao emerging victorious in the end (after defeating Leandro Lo and Lucas Hulk in the finals).
The BJJ Stars 8 event also had a number of superfights, one of them being Felipe Pena vs. Henrique Cardoso. Pena won via penalties, which was quite unexpected as Cardoso is a relatively unknown grappler; and as Pena is an ADCC gold medalist.

Gordon Ryan took the opportunity to roast Pena for his performance:

So let’s get this straight – we waited 30 months for Pena to return to no-gi after coming off 2 back-to-back no-gi losses, including 1 submission loss, and we got this?

He criticized Pena for creating no pressure from the bottom position and not using offensive grips, as well as being forced to Turtle up. Ryan continues:

This is your guys last hope to beat me? Give me a break guys. You can’t be serious. The best part is he was competing against a random guy who didn’t seem to know a single move in Jiu-Jitsu, yet was completely and utterly stifled in every attack he tried.

He ends by calling out Pena to retire:

Pena, retire now bro, because I’m going to embarrass you if I get my hands on ya.