Gordon Ryan on Andre Galvao: “We’re All On The Same Page About Him, Except Those Who Are In Denial” 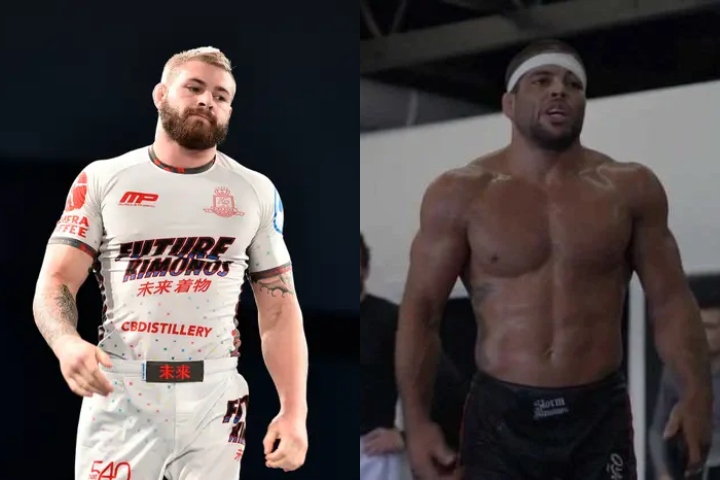 The ADCC 2022 is coming closer with each passing week, and so is the highly anticipated superfight between Gordon Ryan and Andre Galvao. Ryan, as usual, is going towards the match with absolute confidence; now even more convinced of his win after having watched Galvao compete at ONE FC.
Here’s what Gordon had to say about his opponent in a recent interview for FiveGrappling:

Yes, I mean, I was doing interviews and saying that Andre stands no chance… And everyone was like: “Oh no, you’re full of s*it. He’s the best ADCC competitor of all time, yadda yadda yadda.”

And then they watched his match at ONE FC and [were saying]: “Well, that is terrible. Gordon is right.” So I think that now we’re all pretty much on the same page [about him], except from people who are in denial.
I don’t think that Andre has any advantage, beside the fact that he’ll be in good physical shape. Maybe a little bit better shape than me. Because he works more on being in good shape and I work more on getting better at Jiu-Jitsu.

Gordon said that Galvao might have a couple of advantages over him, but that none of them truly matter:

He’ll have good conditioning, he’ll be stronger, physically explosive, dynamic movement… He has better movement quality than I do. But, on terms of technical and tactical level, there’s just no way that he’s close to me in any area.